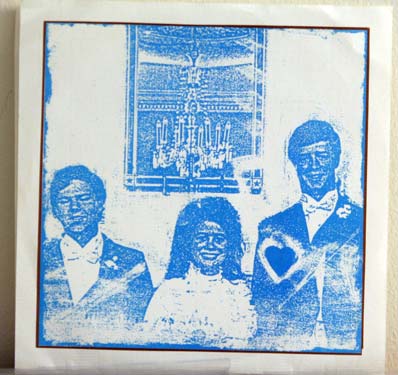 The minute I heard the Squirrel Bait song, “Kid Dynamite” I fell in love with it, and that band. I bought both of their albums when I was in high school and I used to read about them in fanzines, hoping someday I’d get to see them play. That day never came unfortunately, they broke up shortly after I got those records. I swear that when I had a radio show in high school, I played “Kid Dynamite” on every single show I ever did for a full year. Now what am I doing spewing on about Squirrel Bait when the record featured here is by Motorola Cloudburst you might ask? Well, I’ll tell you.

In November of 1987, I walked into a record store (it was either Rose Records in Downers Grove, or Dr. Wax in Chicago, my memory is not that good to remember which one, but I did narrow it down to two possibilities!) and while checking out with a big stack of wax, I notice the fanzines near the register. I see this one called The Pope, which I had an earlier issue of at home and liked. This copy came with a 7″ and the store had placed a note saying that the band on the 7″ was really Squirrel Bait. Well that was enough for me to snatch it up, though I likely would have bought the zine anyway. The band was listed as Motorola Cloudburst and the sleeve and liner notes left the reader very little information about just what the hell it really was. In fact, it was hard to even distinguish what the exact song titles of. Needless to say, the packaging was pretty worthless and was a huge disappointment. When I took it home and listened to it, one side left me with no doubt that Squirrel Bait members did in fact do this record. I always hoped to learn the story about this single, but sadly never did.

Fast forward a few years and all the Squirrel Bait records (all three of them) had been out of print for a while and then Drag City reissued them. Instead of putting them both on one CD, which Homestead (who originally released them) did, albeit extremely poorly mastered, they opted to release them separately, and sans-bonus tracks. I thought for sure they would have put this record on one of the discs as a bonus but such was not the case. It was then, and only then that I remembered about this record and realized that back in my mis-spent youth, post-high school, I sold a bunch of records off to get some cash when I wasn’t working, was broke, and was planning on getting married. This record unfortunately was among those lost (though I kept the zine). It stands as the biggest mistake I ever made in my life and my single biggest regret. I couldn’t find a replacement copy for ages, mostly due to the fact few people knew what the hell I was talking about when I’d mention this record. My saving grace came in the form of one of my long-time friends, RAT, who had purchased one around the same time I did and was sitting in a box in his house collecting dust. He graciously donated it to The Punk Vault to help right the wrong I had inflicted upon myself so many years ago.

As always, if you have any additional information, or were a member of Motorola Cloudburst, please get in touch.

Listen to “Bork! Gerard’s Dick” from the record.

And here’s a picture of the zine this originally came with. 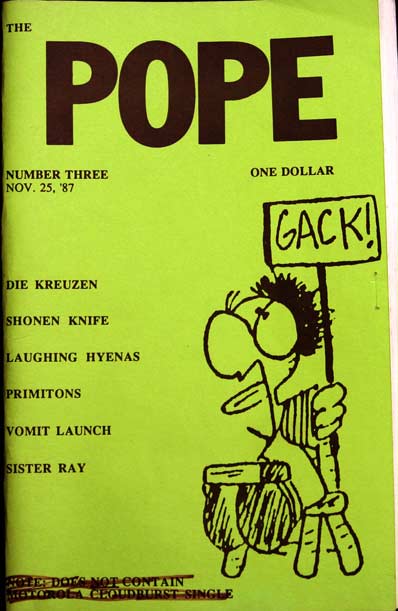