As if the picture disc and new yellow vinyl wasn’t enough, there is one more variation released of the self-titled Adolescents LP. In honor of their silver anniversary (25 years), Frontier Records has released a limited edition version of the LP to celebrate it. This version has silver print on the cover everywhere the standard edition had red, and the vinyl is gray (as close to silver as you can get really) and there is a sticker on the shrink wrap stating it is the silver anniversary edition. 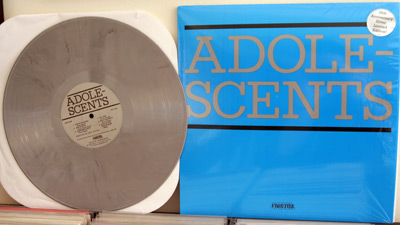 It is only available for a short time and you can get it direct from the Frontier Records website.