The many flavors of: The Avengers Paint it Black

Much like their one and only album on the same label, this two song 7″ came in a big handful of variations over the years that it was in print. CD Presents was well on its way to becoming the 31 flavors of punk rock vinyl with all the different colors they were doing with these Avengers records. Lets open up the sleeves and get to work. 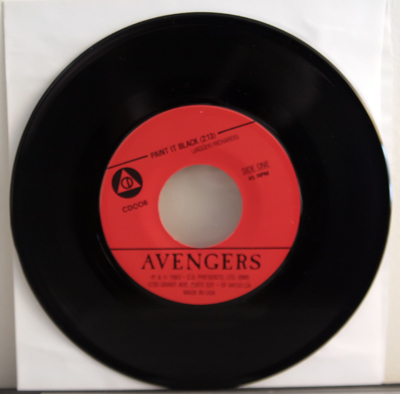 The record was first released on black vinyl and came in a plain white sleeve. A record without a picture sleeve always was a major bummer to me and that is the reason I never bothered picking up this variation of the record until recently, and then it was only to be able to do this feature on it. 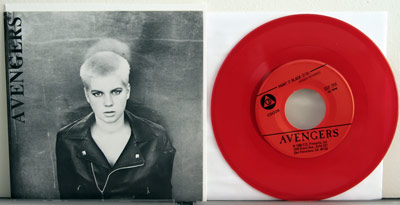 It was then reissued on red vinyl and came with a picture sleeve. This was the version I picked up back when I was a teenager “back in the day”. 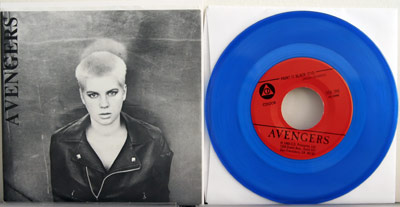 After that, it was pressed on blue vinyl. It is unknown how many of each color were made, only David Fergusson, owner of CD Presents, would know for sure and he didnt’ seem willing to share that knowledge when I asked him a few years ago. 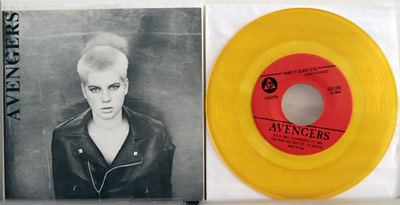 I don’t know the order in which these were released but it then came on yellow vinyl, 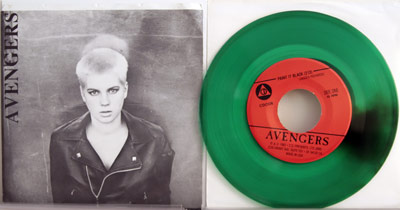 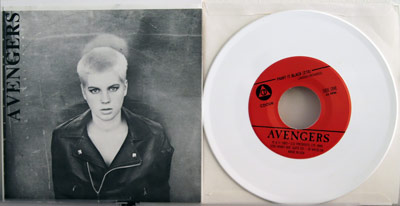 Sadly I have no test pressing to show you which is the only variation not pictured here. So there you go, every color of the Avengers 7″ known to man and more than you probably feel the need to own yourself, but now you fellow completists out there have some reference.