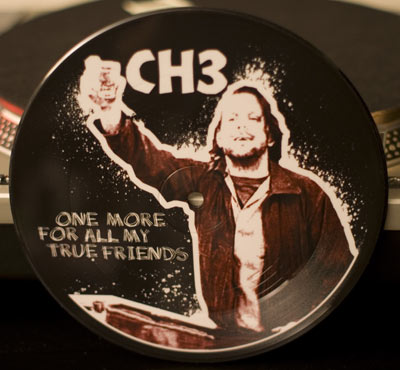 CH3 have been around a long time, about 25 years to be exact. Throughout the years they put out some really good records, and one or two that kind of missed the mark. After a long hiatus from recording, a few years ago they got back in a studio and recorded their best album since the first one and seemed to have found themselves again.

After another recording hiatus, but not one from playing shows, the band finally delivers some new recorded works in the form of a limited edition picture disc. The record features two songs. “One More for all My True Friends” is a sing along drinking song of the mid-tempo variety. It’s a great song to end a set of punk rock with and it is a lot of fun. There’s a bit of an Oi/Street Punk influence going on in the songs too.The flip side, “A Life Remembered” is a much faster number that would almost sound at home on the first or second album they ever recorded. It’s full of energy yet is still a bit melodic too which hooks you in. I like the two different styles of punk rock they represented here and they seem to compliment each other very well. 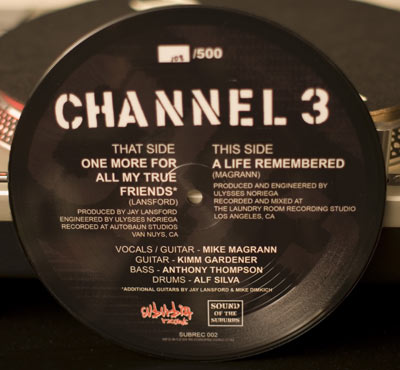 The picture disc is a limited edition of 500 numbered copies so I’m sure it won’t be around long and it’s well worth the few dollars to pick up, not to mention it’s worth it to support some of the nicest guys in punk rock.