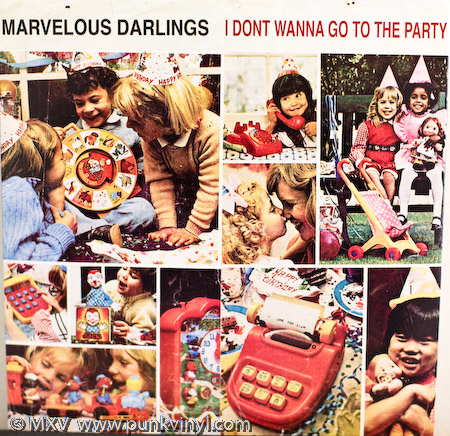 Marvelous Darlings in their debut single seem to sort of transcend time and blend a couple different varieties of music. If you took one listen, throughout the course of a song you’d be changing your mind often as to what they remind you of and when.

The title track is a garagey sounding power-pop number that is super catchy. At times it reminds me of The Ramones and Cheap Trick, and at others it almost sounds slightly like a glam band. Whatever the mix they have of styles on this track works perfectly though because it is a couple minutes of sugary goodness.  The flip-side, “Careerist”, has a surfy twang to the guitar at the beginning and then becomes a speedy hard edge pop song that while not nearly as catchy is still pretty good.

Overall this is a pretty solid debut single from a band that I imagine would come across great live and is a band that hopefully I’ll get to see sometime. And for you trivia buffs, this band features someone from the band, Fucked Up.