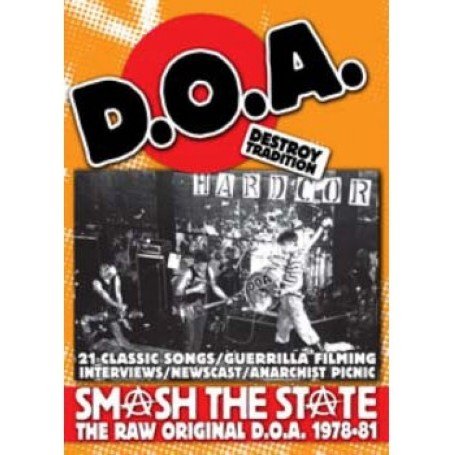 D.O.A. are a Canadian punk institution. They were among the first and among the best punk bands ever to come out of the Great White North. Not only that but 30 years later and they are still at it in one form or another!

This DVD is a collection of live footage of the original (and best) lineup of D.O.A. from the first three years of their career. The footage was culled from five different locations, one of which was a TV shoot and four of which were shot in San Francisco which must have been a second home to these guys at the time seeing as how often they played there. The footage is a mixed bag as far as quality, it ranges from decent to very good. The sound is presented in straight stereo and overall is pretty good especially considering the technology at the time. As a bonus there is a TV news clip on punk as well as the “World War 3” video.