The folks over at Unrest Records up on Canada have been busy of late pumping out a lot of vinyl releases (which you will see many featured here soon). Among the many releases they have reissued all of the recorded output by one of my favorite Canadian punk rock bands, the Dayglow Abortions!

They have reissued every single album the band ever did, including many that weren’t released on vinyl in the first place. We’ll start at the beginning in this first installment. 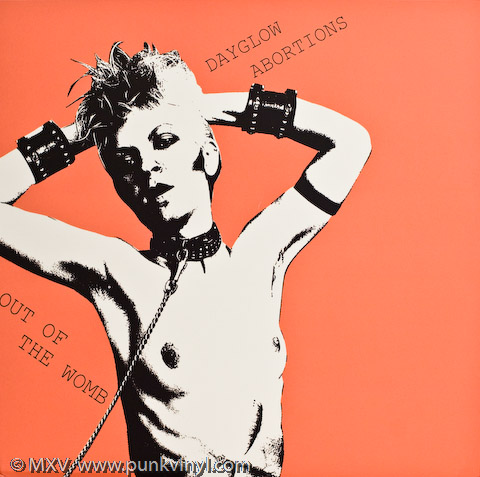 Dayglow Abortions – Out of the Womb LP

This is the very first Dayglow Abortions record that has been out of print in its own format for a quarter century now. The songs were included on the Feed Us a Fetus LP which is why no one ever bothered to reissue this on its own. I found it odd that the label even bothered to make this its own release again but I think it is fairly limited and it is kind of neat for the sake of completion. 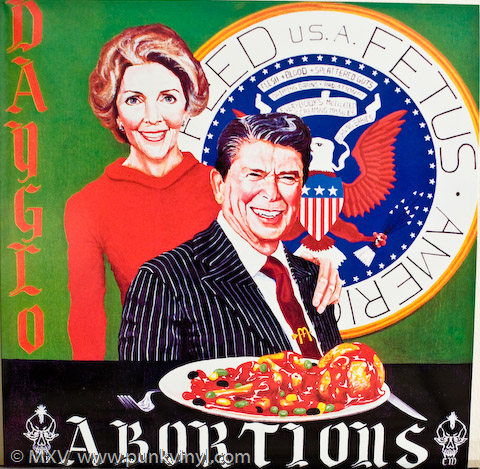 This was hands-down the best record the band ever did. Aside from collecting the songs from the first record, it also had a side of brand new (at the time) songs that were even better than those on the first. My all time favorite Dayglow songs are on this album. This is the fourth label this album as been released on over the years which is a testament to what a classic it is. There should be one of these in every punk rocker’s record collection. 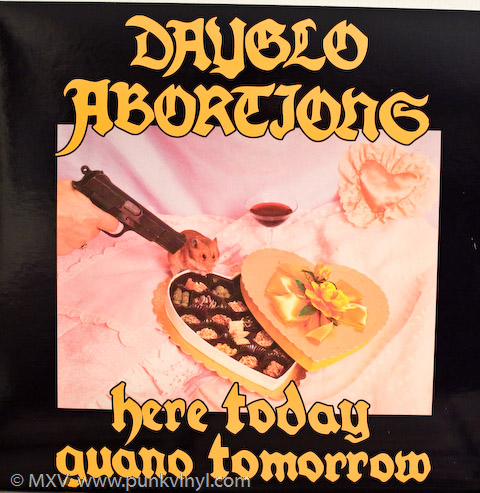 This was the third LP for the band who also added a third guitarist for the release if memory serves. The songs were a bit longer and a bit more metal but without going full on crossover like many bands did. They upped the number of solos at times to near ridiculous levels but overall it was a pretty solid album that is worth the purchase price for “The Spawn of Yog Sothoth” alone! The band managed to retain their brand of humor on this release as well.

All of these records, plus more, can be had direct from Unrest Records. I am pretty sure if you order direct you get colored vinyl versions of them too. Stay tuned for part 2 of the Dayglow Abortions reissues which feature all the albums that were CD only until now.