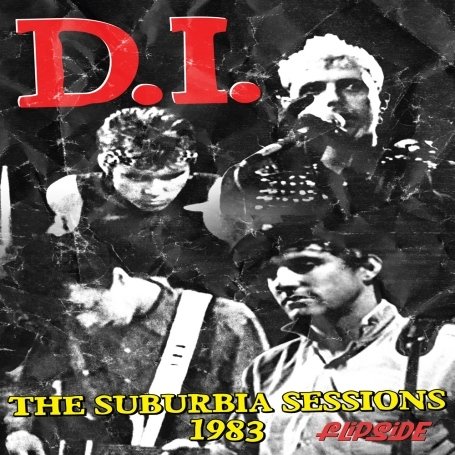 I think it may have been the movie, Suburbia, that first turned me on to D.I. when I was a young teenager. The song they performed in that movie, “Richard Hung Himself” is one of the all time punk rock classics. I’d soon find out that D.I. spawned from the Adolescents, a band I had already loved at the time (we’re talking about nearly 25 years ago), and it made sense to me that I found D.I. so appealing as they had a similar style. D.I. went on to release a handful of very good records during the 1980s and are still active today (with Casey Royer being the only original member left).

This DVD was recorded by Flipside back in 1983 at one of the band’s practices. It was shot on one camera and because of the controlled environment, it was well lit and the picture quality was a lot better than some of the other flipside videos that have been released. The sound was really good as well making this one of the best flipside related videos on a DVD to date. It was a ten song set with many of the tracks being from their first record (later reissued at Team Goon) which was just about to be released at the time.

The disc runs about an hour long between the set and the bonus interview footage recorded at the same time. The video is full frame as it originally was shot. The audio has two options: stereo and 5.1 surround with the stereo track sounding a bit better. If you are a D.I. fan, this is a pretty great piece of early footage that warrants the purchase price and hopefully this will mean more old Flipside videos being released in the future.