The many flavors of Crime – Hot Wire My Heart

Crime were one of the first punk rock bands in San Francisco and in their short career they only put out three singles before breaking up. Their first single, Hot Wire My Heart ended up being a pretty influential little piece of plastic despite the fact that to this day is not an easy record to come by. It also could be the very first West Coast punk record. Over the years though the record did see life in a few different editions, all of which you will learn about here.

The first pressing came out way back in 1976 (when I was six years old!) and was self-released by the band on their Crime Music Label. I’m not sure how many they made but I’d guess it was probably 1000. The sleeve was the same on both sides. 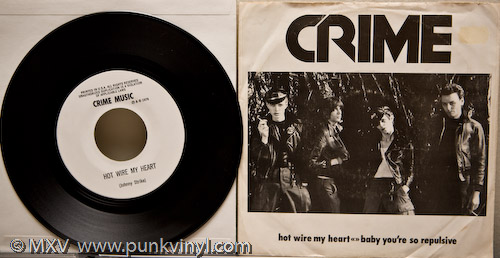 In 1991, Spirit Music reissued this 7″ and Thurston Moore wrote the liner noets. It makes sense that he’d do it as the record was a huge influence on him and Sonic Youth covered “Hot Wire My Heart” on their Sister album. The record came in a variety of colors as part of a numbered edition of 1000 copies. The colors are as follows. 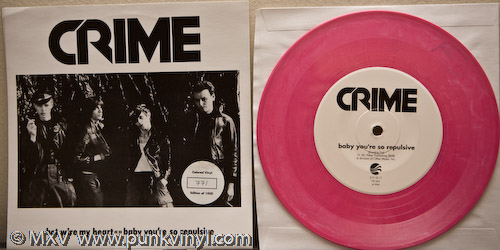 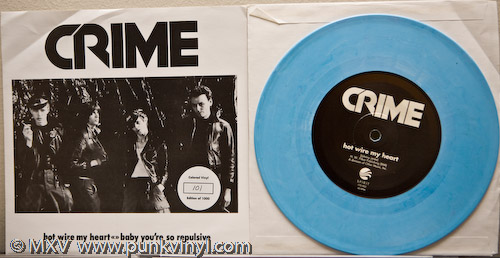 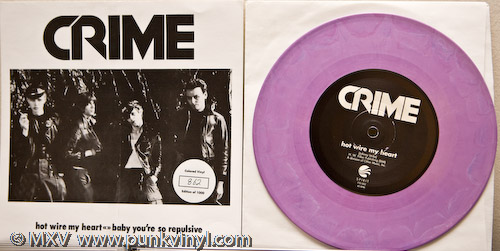 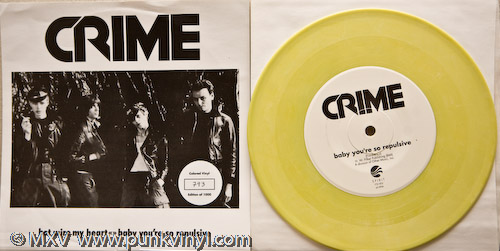 It was then issued in a non-numbered edition on black vinyl. 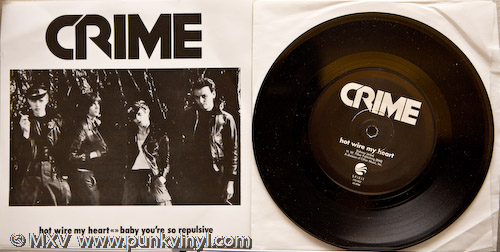 The back sleeve was different on the Spirit Music version as it added liner notes and a photo. According to the liner notes, the original mothers were used to create the stampers for the reissue. The back of the sleeve looks like this. 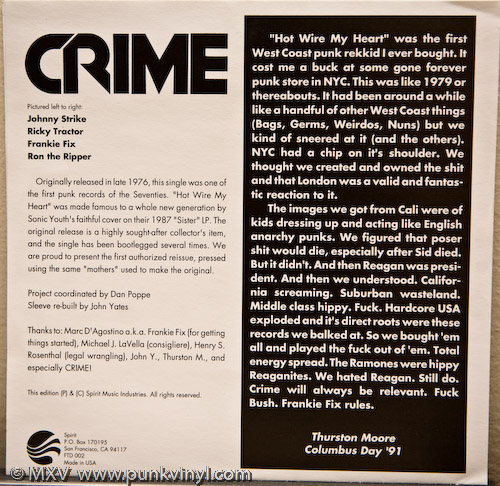 So there you have it, all the variations of perhaps the first West Coast punk single. There shoudl be at least one of these in everyone’s record collection!