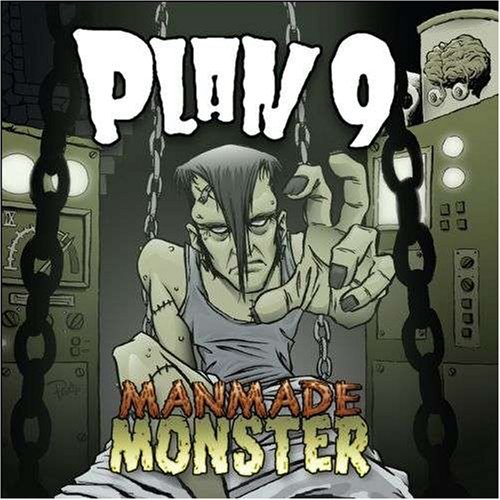 The worst kept secret in the entire world is that I don’t like new punk bands doing covers of old punk rock songs so when I opened up my mailbox to find a CD from a band whose entire premise was formed as a Misfits tribute band, needless to say I was less than thrilled. I mean hasn’t Jerry Only been doing the same thing (poorly) himself for over a decade now?

Unlike Mr. Only who has been doing his damnedest to tarnish the legacy of a once great band, Plan 9 took a better approach at least, they decided to take the sound made famous by the Misfits and roll with it.  The problem is they do this so literally that they really do almost sound exactly like the Misfits, much more so than Jerry Only’s version. When you throw in the Misfits and Samhain covers they included on this album, there is little difference between the bands they are paying “tribute” to and the band performing them and the result comes off as little more than an album of covers, even when it comes to the original material.

I really did give this album a fair chance, however after a few listens, the music sounded so much like the Misfits that I was left wondering why if anyone was in the mood to hear the Misfits, would they pick this up up and listen to it instead of an actual Misfits record? Sadly I wasn’t able to come up with an answer to that question, I much prefer the real thing, regardless of how good of a copy Plan 9 is. Jerry Only should take notes on this though, for Plan 9 are a much better and authentic “Misfits” than the crap he’s been trying to pass off under that name and for that at least, the band can be commended.