Eerie Von’s SpiderCider – That’s All There Is 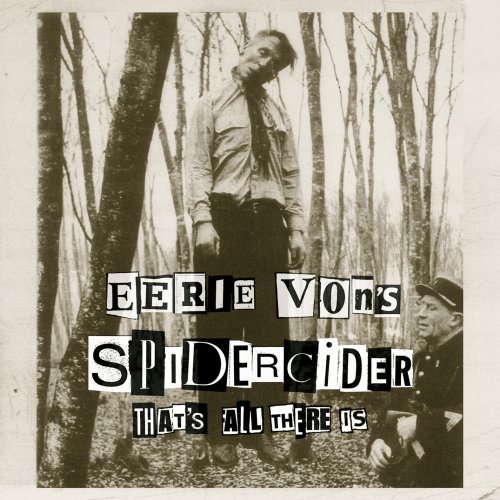 Since the last two Eerie Von records sounded nothing alike, I wondered what the next one would sound like. Would it be more like the last one or would it be something completely different again. The latter turned out to be true and if you listened to this one and the last one back to back you’d be hard pressed to think it was the same person.

That’s All There Is has a very consistent sound throughout the album and that sound happens to be a throwback to 1970s punk rock. The songs are around four minutes long and are fairly simplistic and straight forward punk/power pop songs. It often times to me sounds like a low-fi version of the Buzzcocks with the song structure and even a little with the way the vocals sound. If some of these songs came out on a 7″ in the 1970s, people would be paying large sums of money for those records on ebay right now. The album is almost like a trip through time back to when punk rock was fresh and the songs were hard edged yet still had a sense of melody.

The CD contains ten songs and it is a pretty solid listen for the most part from start to end. Of all the Eerie Von albums I’ve heard so far this is easily my favorite one and also the one that most punk rock fans would take a liking to. I’m now curious to hear what totally different direction Eerie Von goes in the future.