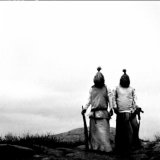 The Body – All the Waters of the Earth Turn to Blood 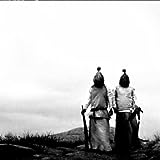 The opening track on this album starts off with seven minutes of really mellow choir singing and just when you start to get complacent with it being background music that’s soothing, it changes into this crushing low-end doom metal. The low-end is in fact so low, you feel it rumble in your guts, then the vocals kick in and they are this muffled shrieking and you think the end of the world has begun.

That is how The Body introduce their album, and from there it gets even more interesting. The band takes some really heavy doom metal and adds sludgy rock ala Eyehategod, they then add in some industrial styles with samples, etc and the result is a pretty demented and varied concoction. The band create a soundtrack to the impending end of the world on this album, and it’s heavy, varied, and satisfying. If this is the soundtrack to the end, then it may not be a bad place after all because this is one heavy and cool album.

The album features seven songs that are all fairly long. No two songs sound alike and they go from experimental industrial laden soundscapes to heavy and brutal doom metal. The mix is heavy on the low-end and sludge and light on the vocals, which are buried in the mix but this just adds to their creepy demented feel. I really want this band to come play a show here because I imagine they have to be really intense live. Until then, this album is going to get a lot of repeat listens and I bet once people catch on to this band they are going to build up a pretty big cult following in a short amount of time.

The Body – All the Waters of the Earth Turn to Blood