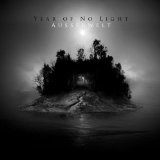 Year of No Light – Ausserwelt 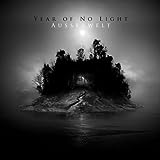 It would appear that this is the first new record from Year of No Light in four years. I read they used to have a singer who had left the band before this record was made and as a result, their newest offering is an instrumental record. I hadn’t heard the band before this but listening to this album makes me hope they don’t replace him because they are doing just fine without vocals.

Ausserwelt contains nearly an hour of music in only four tracks. The songs feature down-tuned guitars that are layered to create a thick bed of sound on top of heavy pounding drums. The music slowly builds and changes over time and goes from melodic and dreamy to heavy and sludgy or even the way of feedback drenched shoegaze. At times they sound like an instrumental Neurosis and at times they are far more mellow and ambient. The songs are all a minimum of eleven minutes long and are extremely varied and interesting from start to finish.  These guys create such a satisfyingly complex wall of sound that four songs wasn’t enough even though it was a full album’s worth of time!

The time off seems to have done this band a service because this Year of No Light album is a sonic masterpiece and one for any fan of heavy music and those of you who are into the post-rock/post-metal instrumental type bands.

Year of No Light – Ausserwelt

A huge sonic wall of sound that encompasses everything cool about a variety of styles of music. Four epic instrumentals that satisfy every taste bud.