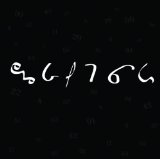 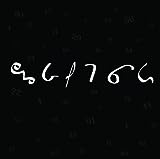 A return to form for this band as they celebrate their third decade as a band and their best album in 15 years. Worth giving them a second chance if you grew tired of the last decade’s worth of output.
Rating:

The Legendary Pink Dots turned 30 this year. The band has released far more than 30 records in that time. They have been extremely prolific for their entire career, in fact to me they were too prolific in the past ten or more years. It got to the point that they were putting out too many CDs and each one seemed to get more and more boring as if the band was just phoning it in as they sort of softened into something more akin to folk music. After 27 CDs, the last few I didn’t like enough to play more than once, I had pretty much given up on them and was content with the numerous records of theirs I really liked and figured I was all done with them and that ship had sailed as far as I was concerned. Boy was I wrong.

For their 30th birthday the band seems to have gone through some changes. First, they lost a couple of members who have been with them for a long time, but more importantly they seem to have re-discovered their early selves for the first time in years and have once again tapped into that magic they had in the 1980s/1990s with Seconds Late for the Brighton Line.

This album sounds like the Legendary Pink Dots that made me a fan back in earlier times. It could easily fit in with the Shadow Weaver albums, which were some of their strongest albums. The album opens with “Russian Roulette”, easily the best song they’ve written in over a decade, that features a steady melodic beat and ambient electronics at a steady pace. Edward’s singing ranges from speaking to his trademark melodic singing and the song taps into a melancholy emotion buried in us all. It is earthy and spacey at the same time.

Other standouts include, “Leap of Faith” which is a bit more psychedelic than some of the other songs and hearkens back to the style of music they played on Crushed Velvet Apocalypse, which was easily their best album ever. It starts off slow and mellow and builds to a more emotionally charged climax without ever losing its somber melody.  “Radiation Day” is a faster and bit harsher number (at least by LPD standards) including acoustic guitar and lots of synths and atmospheric sounds. It is electronic psychedelia at its post-apocalyptic finest. “No Star Too Far” is a pulsing and repetitive number similar to “City of Needles” with its narrative style of vocals and steady driving pace.

The album closes with the 13 minute long, “Ascension” which in an instrumental sound scape. It sounds like something that could have been in a science fiction movie like Blade Runner. It is somewhat repetitive with lots of ambiance and building layers. It is a fitting send-off and a satisfying climax to the best album the Legendary Pink Dots have put out in years. Hopefully this isn’t their last hurrah and this album is an indication of what’s in store for their future.