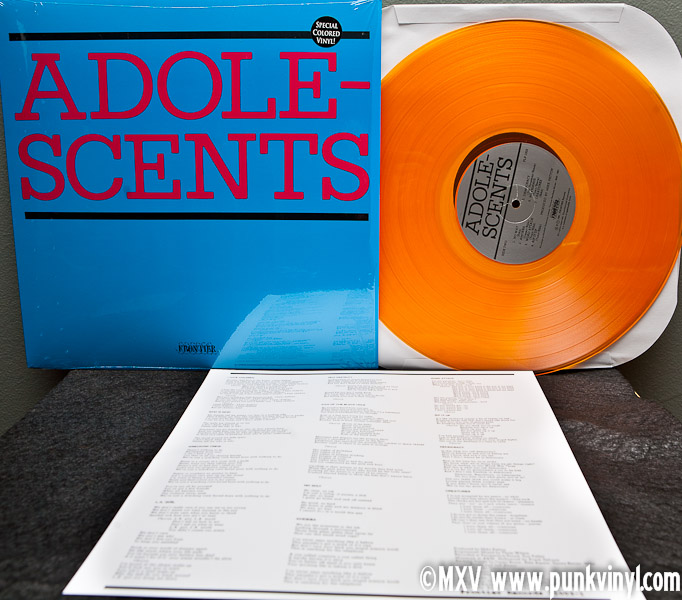 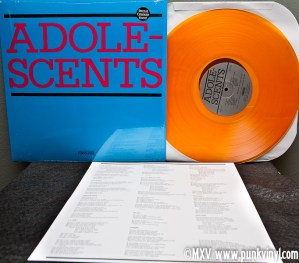 As Frontier Records celebrates its 30th birthday one of its many all-time classic releases is but one year shy of that same milestone. That release is the first (and best) Adolescents LP, commonly referred to as the “blue album”. This self-titled punk rock masterpiece turns 29 this year. It is shocking to think that this album is about to become three decades old, yet the music contained on the grooves sound timeless and as good as ever.

Those grooves just got a dye job in the form of a new colored vinyl pressing of the LP. You can now get the self-titled Adolescents long-player on translucent orange vinyl. This is on some nice thick vinyl too and the LP comes with a two-sided glossy lyric sheet. The music of course is the same collection of amazing OC Punk songs that it always has been, but now it is just orange.

This is one of those albums that every single person on the planet needs to own at least one copy of, and on multiple formats, or multiple colors if you are one of those completest types. You can feed your habit or remedy your lack of owning a copy already but visiting the Frontier Records website, where you can get yourself one for far less than a lot of newer labels are charging for their LPs.