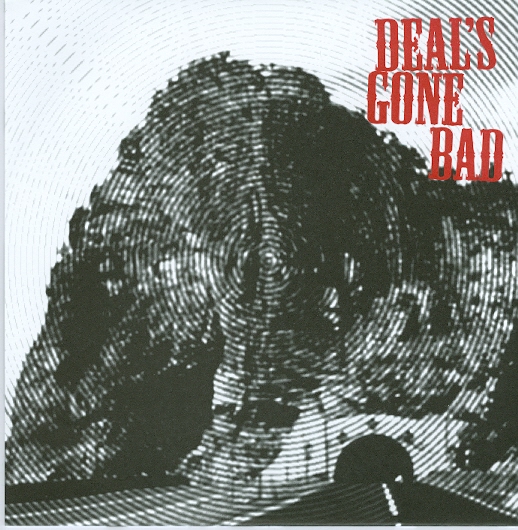 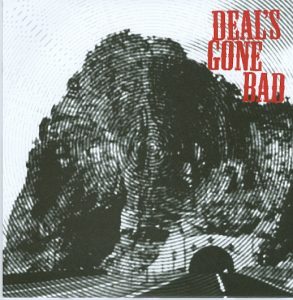 A two song single that really shows off the strong musicianship of this mostly reggae/ska influenced band.
Rating:

Deals Gone Bad – Far From Home/These Arms of Mine 7″

Deals Gone Bad is a band from Chicago that has been around for a long time and has built up a pretty solid cult following in the area despite their sporadic recorded output. The band used to play out a lot and has gone through a number of lineup changes but the one constant has always been their solid musicianship and classic non-punk influences. This single is the first new recorded works by the band in four years.

“Far From Home” starts with an up-tempo ska beat before morphing into mid-tempo reggae influenced soul. In the ska parts, unlike a lot of bands who incorporate the style into their music, the horns are more in the background and help thicken the sound which is a lot more pleasing to the ears. The singer has a really great and soulful voice and there is even a tiny hint of a blues influence in this song. It is a catchy toe-tapping song that has up-tempo choruses that match the ska into. The song does a great job showcasing the talented musicianship and the band’s influences.

“These Arms of Mine” is a mid-tempo number that is much heavier on the reggae style and incorporates subtle use of horns. The melodic and soulful vocals really shine on this number and I can see this one being a big drinking and sing along hit at the band’s shows. It sticks to one main and somewhat repetitive groove but it is a catchy one so it works.

The record comes on black vinyl and has standard black and white labels that are rather simplistic, listing only the song titles and band name (not even the playing speed, which is 45rpm). It comes housed in a black and white with red spot color fold-over sleeve on a standard matte stock. There is no insert or band contact information anywhere on the sleeve. The mastering job was fantastic, everything sounds so clear and full.

It’s nice to see this Chicago institution finally get back in a studio and get some new material out there. Hopefully this will help get them some more recognition as they’ve been at it a long time and are a talented group of musicians that this record helps showcase.

The band made a video for “Far From Home” too, check it out.