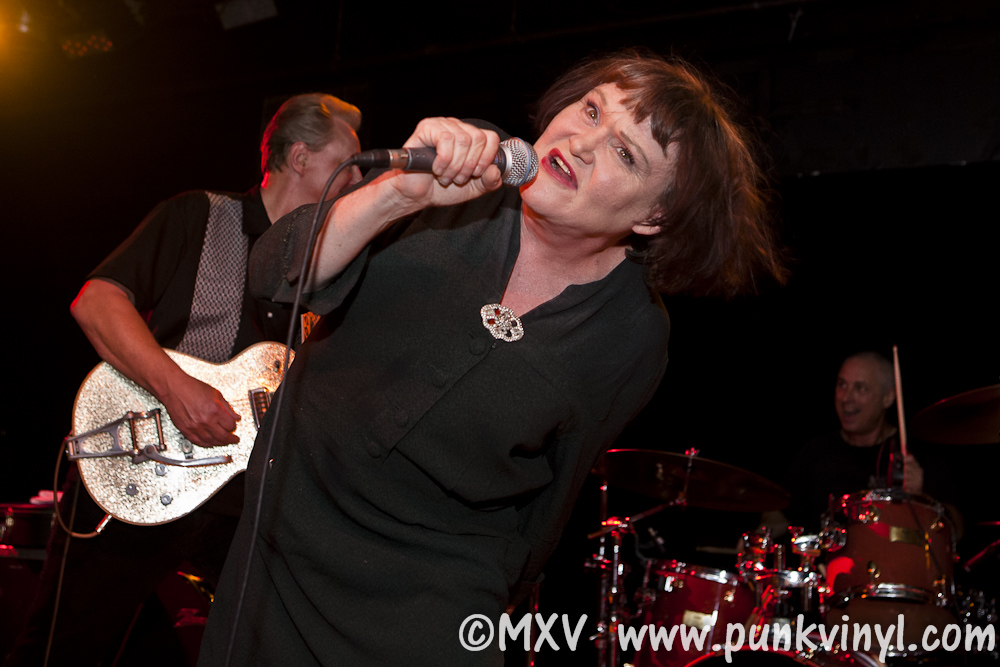 October in Chicago can only mean one thing (not including halloween): Riot Fest! Riot Fest is celebrating its sixth birthday this year and it started the festivities last night at the Bottom Lounge. This evening was a special one for old punk rock fans as the legendary Los Angeles punk/rock band, X, returned to the city for a special evening that involved only them. The band was billed to play their entire debut album, Los Angeles, after showing their documentary, The Unheard Music in the venue. Los Angeles is one of the greatest punk rock albums of all time and is one of those influential and timeless classics that has transcended the confines of punk rock and has been accepted over the years by a larger audience.

The documentary was about 90 minutes in length and has been readily available on DVD for a long time. It focused on the band’s earlier years and covered their history in detail while also showing modern-day (for the time anyway) performance footage of the band playing a lot of their early material from the Los Angeles album. It was a really good film and really helped build excitement for them taking the stage when it was over. The crowd filled up very quickly to capacity and people stood or sat on the floor while watching the movie and sipping on their various beverages. It was a mostly older crowd of long-time X fans who were all very excited to see the band play again, some travelling from other states for the event.

When the band took the stage there was a huge round of applause and the band made good on their word by performing the entire Los Angeles album. It sounded perfect. Age has been kind to everyone’s playing skills and voices. The band was super tight and energetic and John and Exene’s voices sounded as good last night as they did 30 years ago. It was a real treat to have them play that entire album but when they were finished there was more to come! Upon completion of it, Exene told the crowd “well that takes care of that album” and they proceeded to play another 45 minutes or so of material from their other records and it was like the greatest hits of X. They didn’t waste a lot of time between songs, they just took care of business one song at a time and kept the music flowing the entire night. They even played “We’re Desperate”, which really got the crowd excited. After they were done playing their main set John and Exene came out and did an acoustic song together and then the band came back out for three more songs and to announce that DJ Bonebreak would not be running for president which was a shame as most of the crowd sounded like they would have voted for him! When they left the stage for good the club emptied out and it was the end of a really strong start to this year’s Riot Fest.