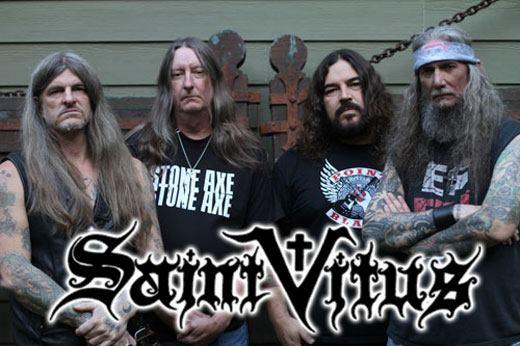 Saint Vitus and Weedeater to play Bottom Lounge this Sunday 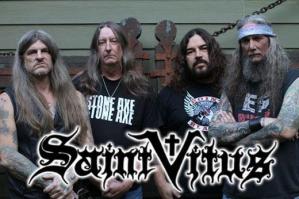 This Sunday a pair of bands is playing at the Bottom Lounge that are so good that it should be declared a metal holiday. Long-time heavy metal band, Saint Vitus are teaming up with the more modern but equally great Weedeater. Either one of these bands would be more than enough reason to venture out on a Sunday night to see but having the two share the same stage is a real treat.

Saint Vitus  is a legendary doom metal band that started in the early 1980s. They were about 25 years ahead of their time and they released the bulk of their material on the punk rock label SST Records. Many punk rockers who would buy records from that label back then didn’t get why the label would be putting out “this stoner crap” but those of us with more open minds enjoyed it. Little did anyone know that Saint Vitus would go on to become legends and pave the way for what has now become a very popular sub-genre of heavy metal. These guys are considered kings in their genre and they don’t tour very often. Getting the chance to see some true legends is a rare treat and one that shouldn’t be missed.

Weedeater is the thickest and most sludgiest band around. They have ultra heavy and low riffs that are thicker than molasses and their swampy brash metal is one of a kind. Despite all the sludge they still have some odd hooks that can be quite catchy and they are a powerful and exciting band to watch. Singer/bassist Dixie is incredibly animated while playing and the continue to win over fans every time they play a show.

The show is this Sunday, September 30th at 8pm. Sourvein and Kabuki Mono are opening the show. The Bottom Lounge is at 1375 W. Lake Street in Chicago, IL. Tickets can be purchased in advance right here.