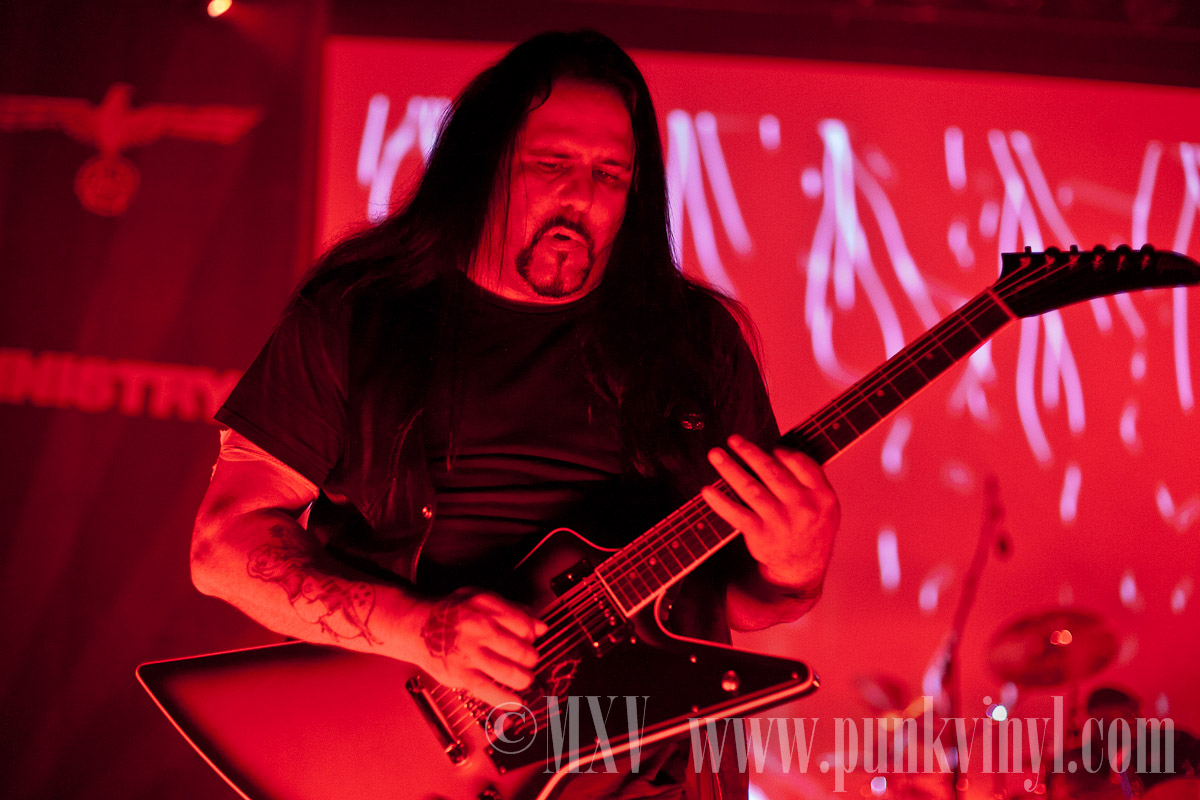 The world of metal lost another legend yesterday prematurely. Mike Scaccia of the legendary Rigor Mortis (one of the best late-80’s thrash metal bands whose first album was a masterpiece) suffered a heart attack last night on stage with Rigor Mortis and subsequently passed away. Mike was more well-known as a guitarist in Ministry which joined around 1989. Mike was one of the fastest guitarists ever and crafted some very unique and impressive speedy riffs. He was a true talent. Mike rejoined Ministry recently when head honcho Al Jourgensen reactivated the band after a retirement that only lasted a couple of years. Mike was 47 years old.

I had the pleasure of seeing Rigor Mortis when they toured for the first album and seeing Ministry a few times with Mike playing guitar. It was awe-inspiring watching him play the guitar and how talented he was. He definitely left a lasting influence on decades of heavy music that followed and will likely continue to do so for years to come.  Condolences to Mike’s family and friends.