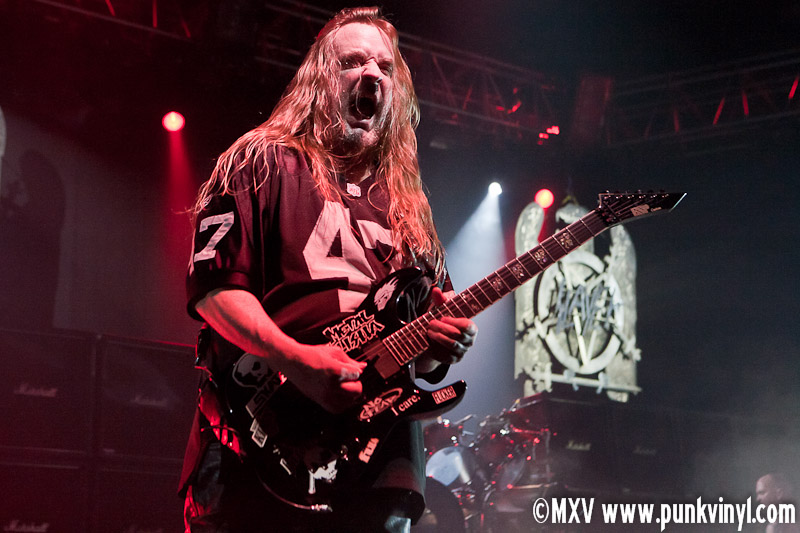 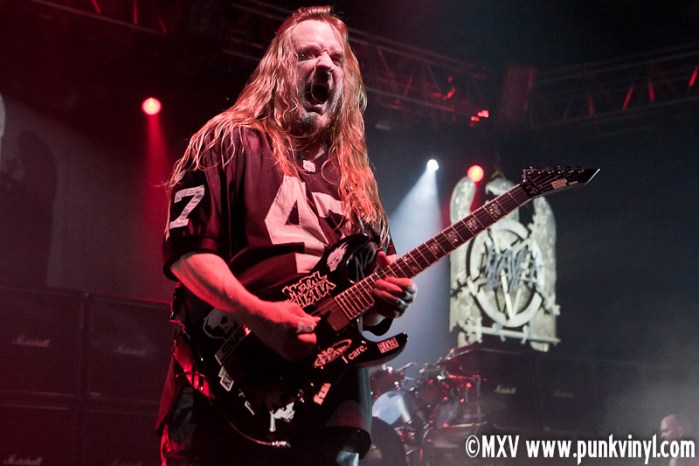 In extremely sad news, Jeff Hanneman of Slayer passed away yesterday morning due to liver failure. Jeff was only 49 years old. Jeff was a founding member of the legendary metal band, Slayer, who have enjoyed one of the longest careers in heavy metal history. Not only has Slayer been around for three decades unlike some other long-running bands from their era (cough*Metallica*cough), Slayer never put out a bad record. That in itself is completely unheard of in any genre for a band lasting that long. The band has enjoyed worldwide success for most of their career, especially after their third album, Reign in Blood, which just so happens to be one of the greatest heavy metal albums of all time, if not the greatest.

Jeff remained in Slayer for their entire run but had to bow out of their last tour due to some health issues. The band toured with a replacement guitarist for that tour with the intention that Jeff would return to his spot once he was better. Sadly that day never came. Heavy metal fans across the globe will mourn the loss of this musical legend who was part of a hugely influential band. Hopefully if there is a heavy metal heaven, Jeff is up there forming a supergroup with the other fine musicians we’ve lost over the years. Condolences go out to Jeff’s family and friends for the loss of their loved one.