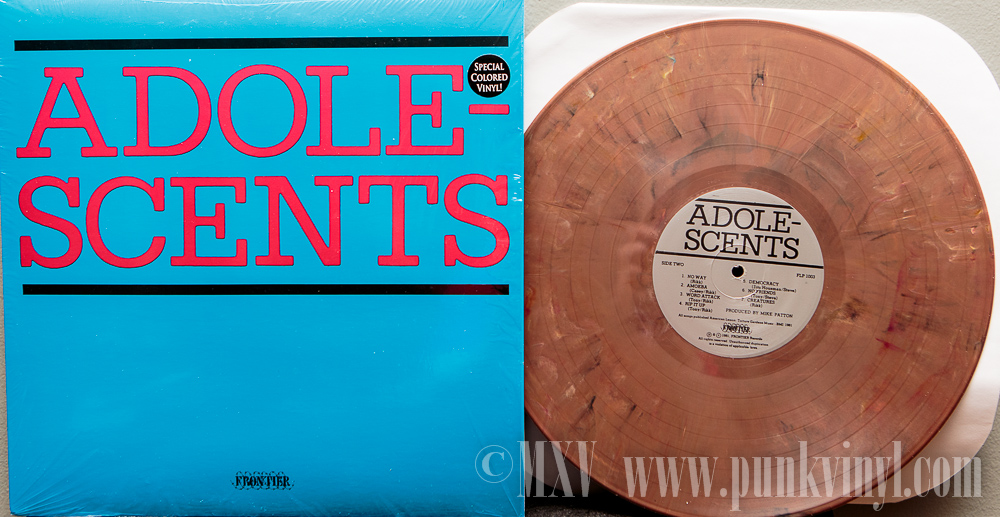 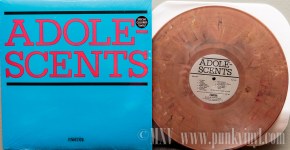 This year the first Adolescents LP turns 32 years old. When it came out it was a breath of fresh air and over three decades later it has still held up as one of the greatest punk albums of all time. They were considered a hardcore band at the time when that style of music was just getting started and the band was true innovators and part of a Southern California scene that would become hugely influential.

Just like the band has come and gone over the years (and they are currently still active), this LP has had its share of color changes and limited editions. It has come out on many colors of the rainbow over the past few years and now there’s a new limited color to add to your collection courtesy of Frontier Records.

This new color is lovingly referred to as “gravy colored vinyl”. It is brown with black and white marbling and it does kind of resemble gravy. The record comes with an insert and the artwork remains the same as always. The music on this is timeless and every bit as great now as it was back when this was released and I was much, much younger! Like the other colored pressings of this record, it won’t be around for very long so make sure you grab it from your local record store or get one direct from Frontier Records while the getting is good!