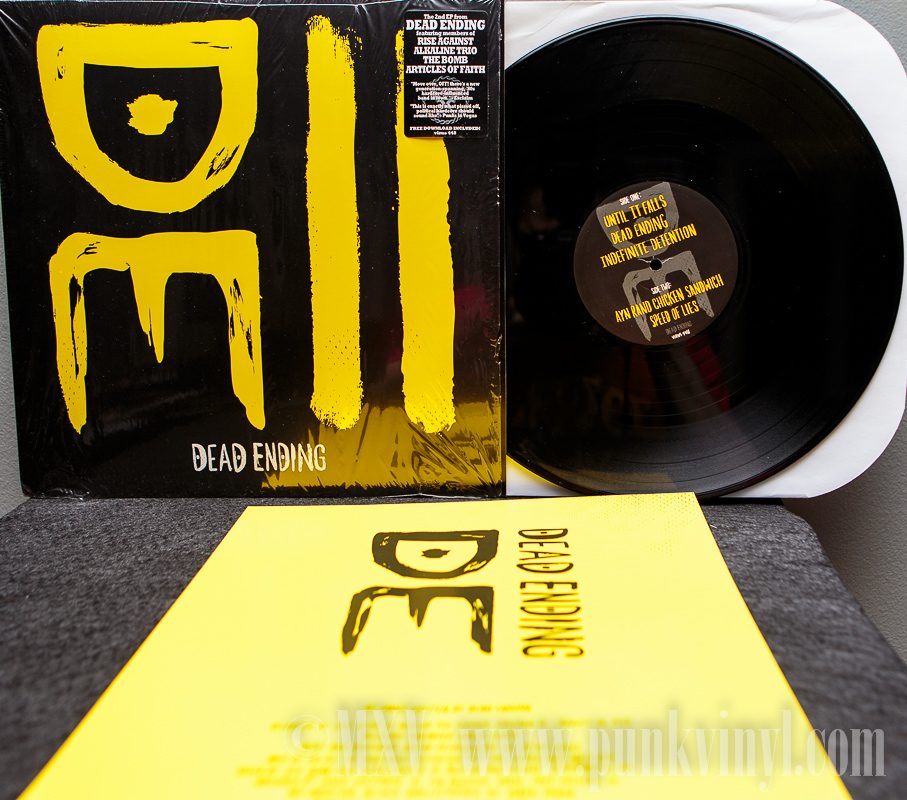 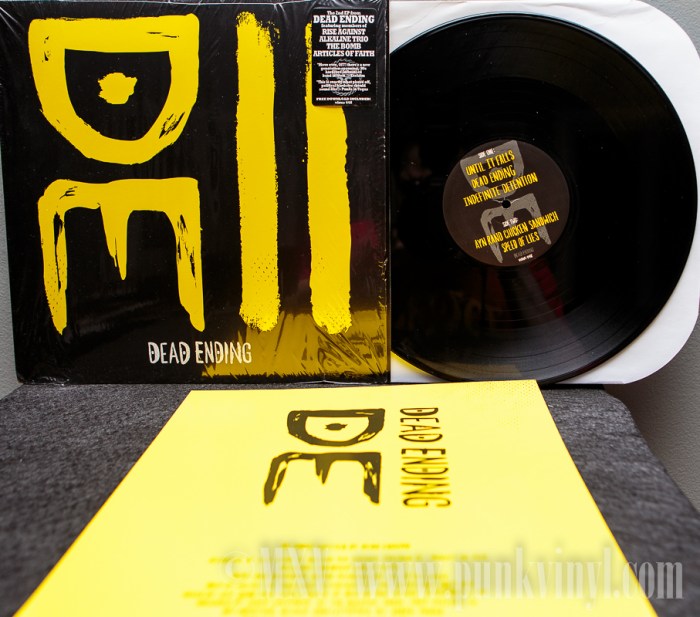 A five-song EP of hardcore that is as good as it gets and comfortably familiar. Fans of Articles of Faith will find this EP especially appealing!
Rating:

What do you get when you combine one of the best front men of the early hardcore punk days with a bunch of very talented younger musicians who were likely influenced by said front man’s band? If you are talking about musicians in the Chicago area then what you get is Dead Ending. This supergroup is comprised of Vic Bondi of Articles of Faith (who happen to be one of the best Chicago bands of all time and were very influential in this area), Derek Grant of Alkaline Trio, Joe Principe of Rise Against, and Jeff Dean of The Bomb and a half million other bands. Punk rock worlds collided as these four guys from different generations of punk rock got together to form a punk rock band and the results are pretty stellar and rather familiar.

For lack of a better description, Dead Ending is a hardcore band. They play fast, they have loud guitars, they have a lot of energy, and they have a great singer with a powerful voice. Three of the five songs on this EP are pretty straight on hardcore that while fast, is not thrash. These are also the shorter songs on the record. The other two are longer and more varied, with “Indefinite Detention” being the true standout on the record with its fast verse and somewhat more melodic chorus. It ends up being a powerful song that is equally catchy. The last track is a more mid-tempo song that is heavy in a more plodding sense.

With the band playing this style of music and Bondi’s vocal delivery being how it is, it is hard not to compare this band to Articles of Faith. It’s easy to do because Dead Ending’s music is very similar to that of AoF and having the singer of AoF certainly makes it sound that much more alike. There is nothing wrong with that though. Dead Ending’s music is as good as this style of music gets and is timeless and Bondi’s vocal sound and delivery were built for this kind of music. It’s actually quite refreshing to hear him play this kind of music again after so long and he couldn’t have paired himself up with a better group of musicians who were more than capable to deliver a powerful bed of sound underneath Vic’s voice.

This EP is rather short in length and it almost could have been squeezed onto a 7″ EP but it probably would have come at the cost of sound quality so it is better that they opted for the 12″ size vinyl. It comes on standard weight black vinyl and contains not only a lyric sheet but also a download code for a digital copy of the record. This is something that should become a standard in the record business and it’s great to see it catching on more and more. The record has a nice, full, and loud sound and this style of music was meant to be listened to on the vinyl medium.

Word has it that the band is going to be making a third record and hopefully they stick around for a long time as they have a very comfortable sound that should appeal to both old-timers like myself and the younger generation of punks like the other members of the band. Nice job fellas!