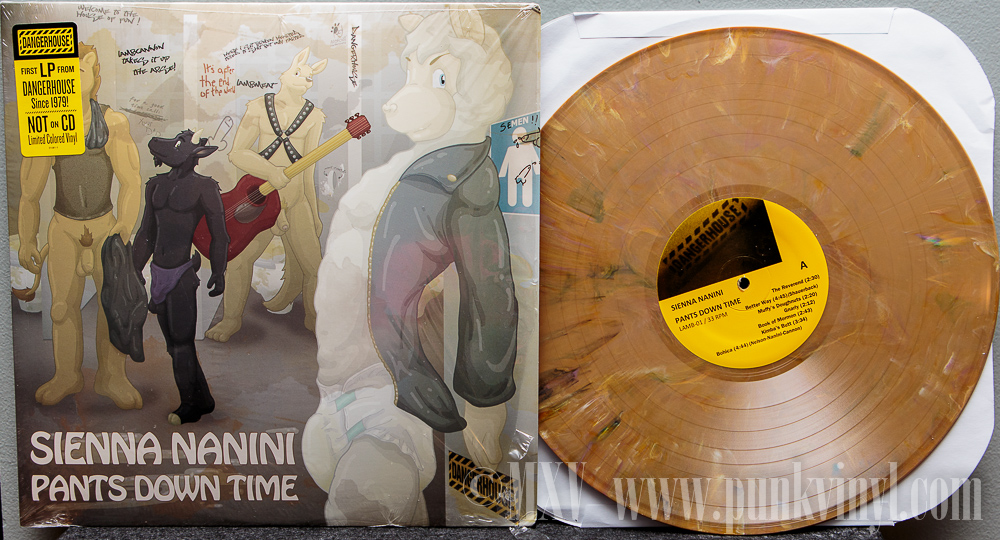 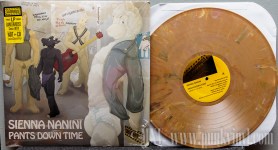 The first new Dangerhouse release in more than three decades is every bit as genre defying and quirky as you’d expect from this cast of eclectic musicians. Not for the closed minded.
Rating:

Your mind is not playing tricks on you, that does say Dangerhouse Records under the record title. This LP by a band you never heard of is indeed the first Dangerhouse Records release since 1979. It is a band comprised of members of Dangerhouse bands of yesteryear (or yestercentury) and it also contains the person who owned the label back in the day.

Between 1994 and 1996, an all-star cast of characters mostly from the old Los Angeles area punk scene got together at Control Center studio (later purchased by the drummer from Hole) for a project that they dubbed Sienna Nanini. The idea behind the name the band was “going to perform as eurotrash with prerecorded shit and joe’s inevitable percussion… kinda like a play on Milli Vanilli”. Members of the band include but was not limited to: David Brown (Black Randy and the Metrosquad, Dangerhouse head honcho), Joe Nanini (The Bags, The Plugz, Black Randy and the Metrosquad, Wall of Voodoo), Larry Parrott (Rhino 39), Marc Moreland, KK Barrett (Screamers), Jason Scharback, Billy Bass Nelson (Funkadelic), and Spyder Milttelmann.

This was released in small quantities on a CD a very long time ago and no one noticed and it soon vanished. It has been given new life on vinyl and is being billed as the first Dangerhouse release since 1979. Musically at times it sounds like something you may expect from Dangerhouse had they stuck around but in the scope of that label’s output it doesn’t really fit into that mold similarly to how the Howard Werth 7″ didn’t really fit the mold either when it was released though much like that record, this LP has its moments.

The band mixes a ton of musical styles on this LP. There’s folk, indie rock, art rock, pop, funk, and nearly every other musical style you can think of. They take all that stuff and put it in a giant blender and the result is music as eclectic and genre defining as the musicians themselves. Everyone who played in Sienna Nanini has a musical legacy that at the time defied description and this album is no different and even more “out there” than anything the various members became known for in punk and alternative music circles.

Fans strictly looking for a “Dangerhouse sounding” record in terms of this record sounding like the bands that comprised the amazing catalog that label was famous for may be perplexed by this record but those who are fans of the spirit of that label and how it challenged people’s preconceived notions of what music is supposed to sound like will probably enjoy and appreciate what Sienna Nanini has to offer in its very quirky and diverse songs. Don’t mull over the decision of getting this too long however as this LP is a one-time pressing of only 500 copies so it’s not likely to be around for long.