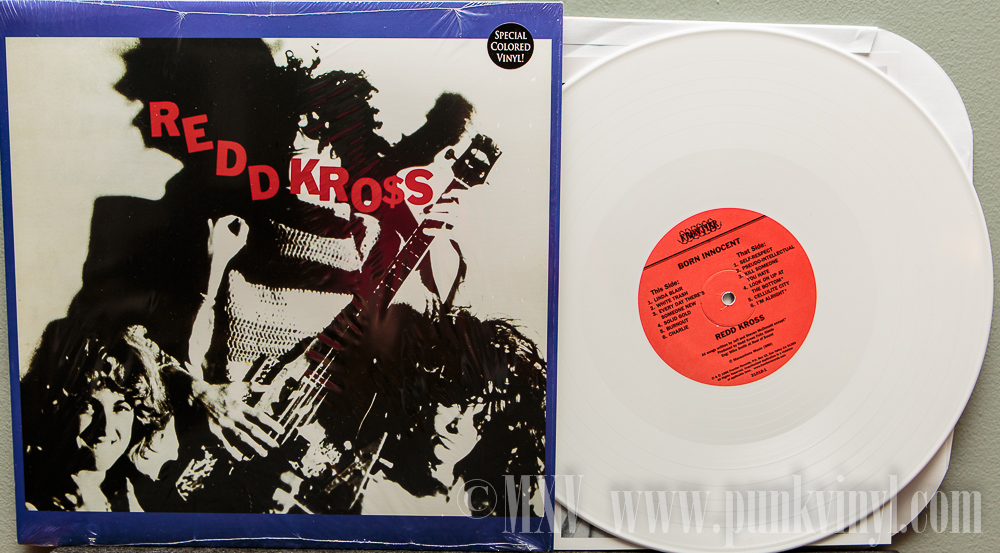 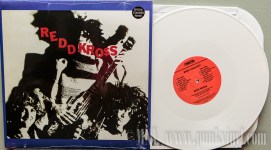 It’s hard to believe that Redd Kross has been around off and on (mostly on) for over 30 years now. It’s scary to do the math and realize that their first album, Born Innocent, turns 31 this year. It’s a little surreal to think back to seeing this when it came out and I was a young teenager knowing it was more than three decades ago as the time seems to have flown by. Math doesn’t lie though (unless you are doing it wrong) and the fact is that you could call the first Redd Kross album vintage now.

Back when Born Innocent was first released, the band was still called Red Cross but soon after the threat of a lawsuit from the actual Red Cross forced them to change the spelling of the band name to Redd Kross. The first pressing of this album came out way back in 1982 on Smoke Seven Records, a label that put out some great records but didn’t stick around very long. It came and went pretty fast but then was reissued with new cover art and the new spelling on Frontier Records where the album has been in print in one format or another for most of its life.

After the album had been out of print on the vinyl format for a very long time, Frontier Records decided it was time to put it back out and they restored the original cover art but changed it to have the changed spelling of the band name, and reissued it on colored vinyl. Unlike some of the other label’s titles like the first Adolescents album which has been pressed on every color of the rainbow the past few years, this Redd Kross record only has been issued on a couple in the past few years. For its birthday, Born Innocent has been pressed up on a new color of vinyl.

This time out the record comes on white vinyl. It has the restored artwork of the original album as mentioned above with the only modifications being the spelling of the band name and the label information and a bar code.  The album comes with a two-side glossy lyric/photo sheet as well. The music itself is the same fuzzed out, juvenile punk rock and roll full of pop culture reference that made the band famous and sounds as good now as it did over thirty years ago, perhaps even better!

This limited edition slab of wax can be had for an amazingly low postage-paid price directly from Frontier Records. Unlike a lot of labels these days producing vinyl, Frontier isn’t trying to gouge anyone with insulting 25+ dollar price tags. Their records are realistically priced which isn’t much higher than what this thing cost back when it was released. Head on over and get yourself one while before they are gone and add this vintage punk album to your own punk vault. It’s deserving of being in everyone’s collection.