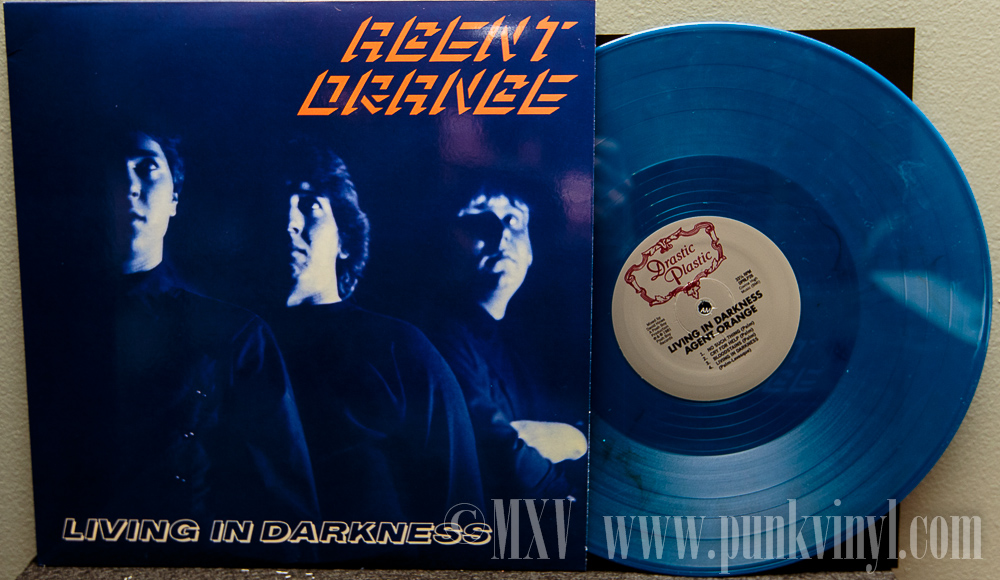 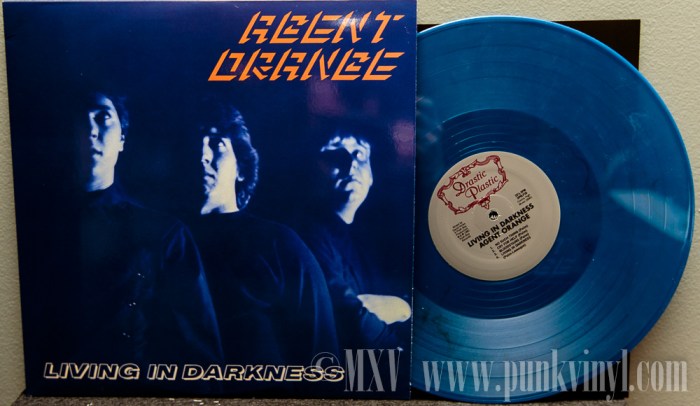 Thirty-two years ago a three-piece band from southern California released their first full-length album on Posh Boy Records and a legend was born. The band had previously put out a great 7″ debut but they really found their sound by the time they entered the studio to record this LP and the result, Living in Darkness went down in history as one of the all-time greatest punk albums. No punk record collection can be considered complete without a copy of this album in it and anyone missing it should be ashamed of themselves. The album has always been available in one format or another but for the better part of the last twenty years, its availability on vinyl has been sporadic at best but usually non-existent.

A few years ago, Drastic Plastic Records righted that wrong by making this classic available on vinyl once again and they did a very fine job of it. It eventually sold out (rightfully so) and once again wasn’t available on vinyl. The label wisely decided that another reissue was in order except instead of just ordering up another batch from the plant, they decided to start over once again and remaster it again, hoping to improve on their last version. I’m happy to report that they succeeded.

They enlisted Masterdisk to handle the mastering this time and that place has a very good reputation for vinyl mastering as they have been in the business longer than just about anyone. This new remaster features a more balanced sound. The previous one sounded good but it was a little too hot in the high-end, this new cut sees it a little more subdued and the mid and low-end sounds more even as well. The overall result is a much more balanced presentation which is a more accurate reproduction of the original master. Of the four different pressings of this record (the original, Italian reissue and the two Drastic Plastic editions), I think this one sounds the best and will now be my go-to version of the record that will be spending time on my turntable when I want to listen to this album (which after owning this album for close to 30 years, is still quite often).

They didn’t just up the ante in the mastering, they did some subtle changes in the packaging too. The record comes housed in a nice poly lined paper sleeve. These more expensive inner sleeves are much gentler on the vinyl when removing/replacing it and will ensure the record won’t get scuffed in use. The label colors are also much more accurate in their reproduction of the Posh Boy look and color scheme with the Drastic Plastic name written in the Posh Boy font and made to look like the original label’s logo. The record comes with a two-sided glossy lyric sheet and it’s housed in a full-color jacket. This time out the records are individually numbered on the back cover. The record comes in two configurations; blue marbled vinyl or 180gm black vinyl. They made 500 of each. The whole thing is enclosed in a resealable poly bag with a sticker on it with details about the release.

As a long-time fan of this classic LP, I’m extremely happy to see it back in print on vinyl again for a limited time and sounding better than before. If you are a big fan of this album and already own it this is worth double dipping. If you are foolish enough to not own this then now is your chance to correct that mistake but I wouldn’t wait too long as these are likely to go fast. Drastic Plastic should be proud of themselves for out-doing their first version of this which had already set the bar for quality reissues quite high.