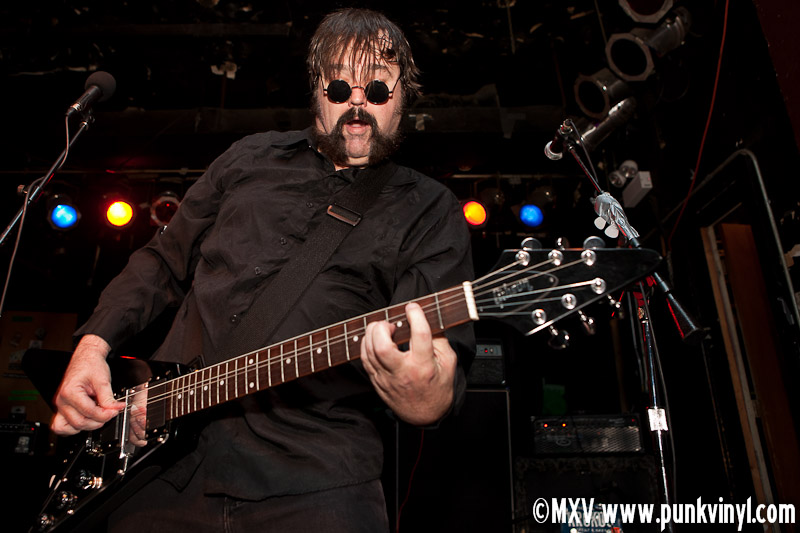 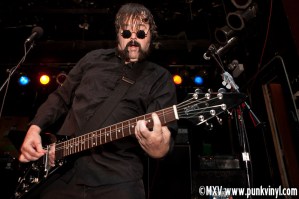 It is with a heavy heart that I have to report that Bill Bartell (aka: Pat Fear) of White Flag has passed away. The cause of death is unknown but judging by some comments on Bill’s Facebook page he had been battling some health issues in recent times. Bill was the main man behind the legendary White Flag who had been active for 30 years and who put out so many records, most of them great, that  it was nearly impossible to keep up with them since so many of them were released on foreign labels. Bill had a great sense of humor, an undying passion for music, and had the amazing ability to write catchy punk rock tunes. If you don’t believe me just go track down a copy of the White Flag – Wild Kingdom album. That thing is pop/punk perfection. I actually joked to Bill once that he was like the Beatles of punk rock with his ability to write so many catchy tunes.

White Flag was a staple of the Southern California punk rock scene since its infancy and Bill had been involved in that scene as a fan from the beginning. White Flag didn’t really tour like normal bands did, they would play shows mostly around their home base but they also did gigs overseas too. One thing that always bugged me was that for almost three decades the band had never once played in Chicago. That changed a few years ago when they finally came to the Windy City to play a show with Tesco Vee and White Flag stole the show. Bill and I had corresponded off and on for a number of years but that show was the first time we met in person. He knew exactly who I was when I came up to him after the show and we chatted for quite some time. Bill was an incredibly nice person with a sharp wit and a lot of intelligence, especially when it came to anything having to do with music. His contributions to the punk rock scene were numerous between writing, playing in his band and releasing records on his now-defunct Gasatanka Records label.

Knowing Bill was a real treat and it’s horrible that he left this world too soon. Thank you Bill Bartell for the years of great music and for being a great person. You will be missed!