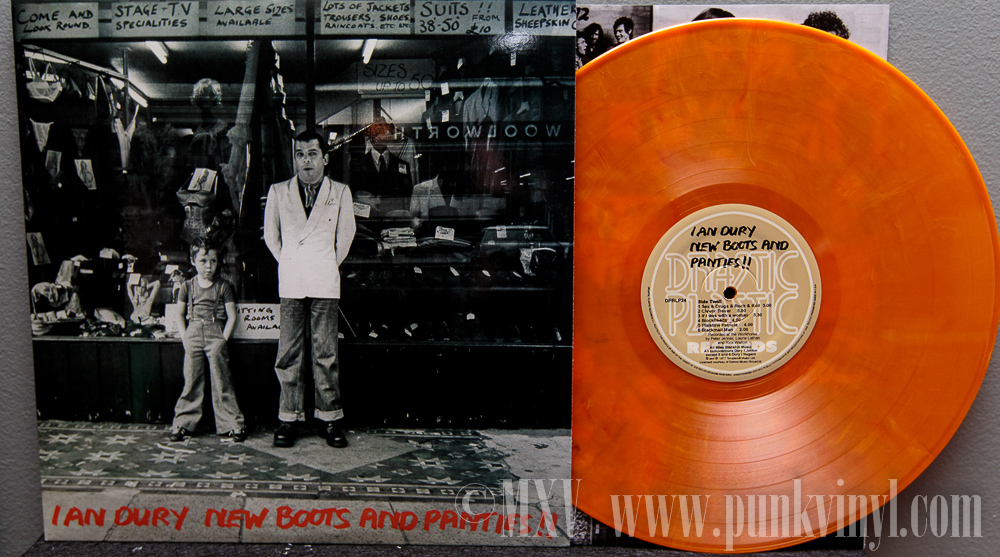 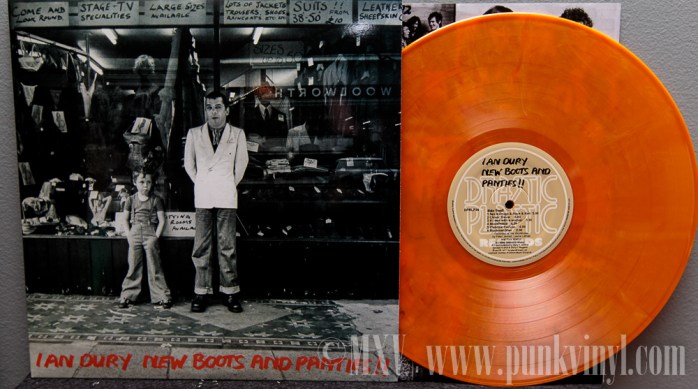 Ian Dury was a UK musician who was around for the first wave of British punk and became quite popular with the release of his first album, New Boots and Panties which was released by Stiff Records way back in 1977. The album mixed pub rock with punk/new wave and the result was very catchy and quirky music that was still surprisingly accessible compared to that of other bands from that era with its groovy bass lines and fairly simplistic and mostly mid-tempo song structures. This was music to drink to while hanging out with your friends in a bar and pogo with when the faster numbers come up. It was quite unique at the time and certainly went on to influence future generations of musicians in a variety of genres. It sold fairly well and was praised by the press at the time. Like all good records of the time it eventually went out of print due largely to the label who originally issued it going out of business in the mid 1980’s and that saw the end of this album being available on vinyl. It was reissued in the past digitally but not on vinyl so the only way to enjoy it on the superior medium was to find second-hand copies which became more scarce at the years passed.

Recently this classic received a beautiful vinyl reissue at the hands of Drastic Plastic Records. The label has grown into one of the highest quality (yet still affordable) vinyl reissue labels in the world and they have incredibly good taste in the music they choose to license for reissues. This reissue maintains their high standards in both sound quality and packaging. The record was remastered from a high-resolution digital copy of the master tapes and the sound quality is amazingly clear and full sounding, I seriously can’t imagine it sounding any better than this. I don’t have an original copy to compare it to but I’d bet my next paycheck that it doesn’t sound nearly as good as this pressing. The cover is a glossy cover that faithfully reproduces all the original artwork with only some minor changes like adding a bar code and changing the record label information/logo. Speaking of logo the Drastic Plastic logo on here is made to look like the original Stiff Records design which was a nice touch (they did the same for the label art too). The record is in a poly lined paper inner sleeve and there is an additional printed inner sleeve with photos on both sides. The vinyl comes in two configurations: orange/white marbled vinyl or 180gm black vinyl. They made 500 of each version and each is hand numbered on the back cover.  The original first pressing of this album back in 1977 did not have the song, “Sex & Drugs & Rock & Roll” on it but all subsequent pressings on Stiff Records added the song. This reissue also includes the song.

It seems like Drastic Plastic can do no wrong, they’ve been batting 1000 since they started and this reissue is just further cementing their legacy as one of the best reissue labels in the world and I can only hope they continue the streak for years to come. Any fan of very early punk rock or those interested in exploring the roots of punk rock should definitely pick this album up as it is worth every penny of the purchase price.