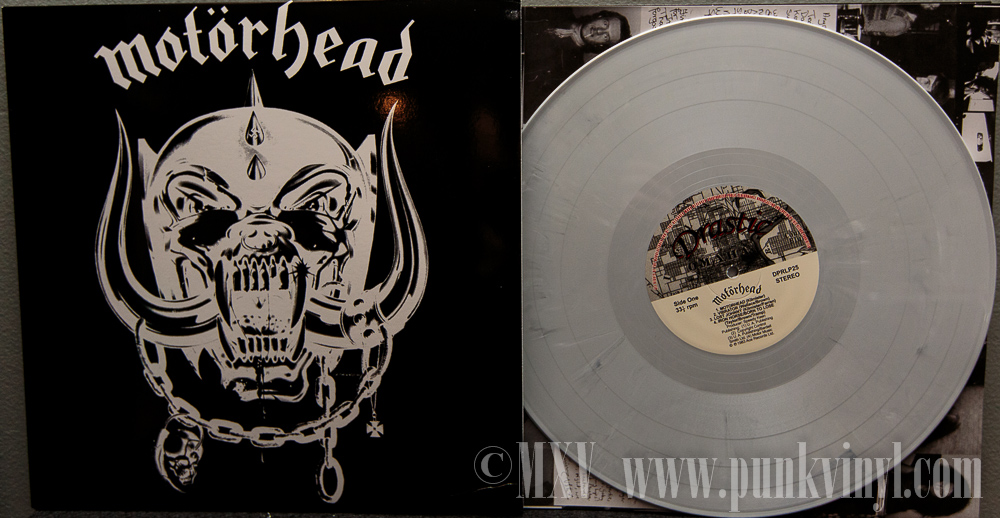 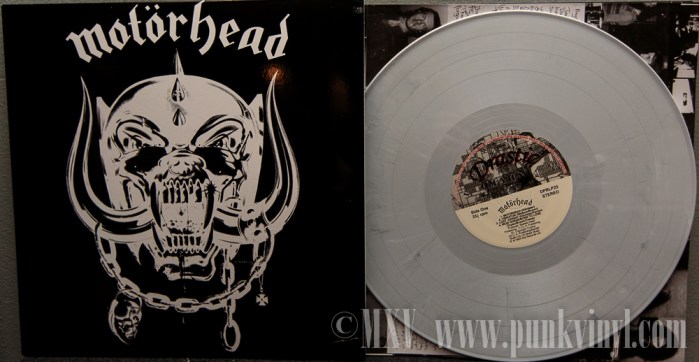 Unless you have lived in a cave in the middle of nowhere your entire life then you’ve at least heard of Motorhead. If you are a reader of this site I imagine there’s no way you aren’t at least somewhat familiar with them. The band has been around for close to 40 years now and they were hugely influential in both the metal and punk rock circles. In fact Motorhead was a very rare breed that transcended both genres and was liked by both even early on when if you were a punk, it wasn’t cool to like metal and vice versa. The band had the heavy guitar riffs and power of heavy metal (which when they formed was still in its infancy) and the speed and attitude of punk. Their unique sound was years ahead of its time and to this day still influences punk and metal bands all over the world.

The first, self-titled Motorhead album was released in 1977 on Chiswick Records. It was then and still is a great album. It is one of the all-time best and pretty much a first for its genre. The album was originally released on vinyl and it was in print for a number of years until the label folded and vinyl fell out of favor. It remained out of print on vinyl for over two decades until a few years ago when Drastic Plastic Records licensed it for a proper vinyl reissue. It was a very nicely packaged and good sounding record that came on colored vinyl. It didn’t take very long for that one-time pressing to once again go out of print.

When Drastic Plastic decided to reissue this album once again they went back to the drawing board and tried to improve it. They remastered the LP once again over at Masterdisk which is one of the finer vinyl mastering houses anywhere. This time around the album has a more even sound. The version from a few years back is initially louder in comparing them back to back, but that’s because everything on the high-end was hotter. This version has that toned down some and the result is you can hear the full spectrum of sound and instruments much easier. It sounds more accurate from what the original editions sounded like. Playing the album from start to finish is a very ear pleasing experience and I definitely prefer this mastering job to the last one.

The record comes in two configurations: 180gm black vinyl and gray marbled vinyl. Both are editions of 500. Each sleeve is hand-numbered on the back of the glossy black and white cover. Each record is housed in a nice poly lined paper inner sleeve guaranteed not to scuff up the vinyl as you take it in and out of the sleeve. It also reproduces the original pressing’s printed inner sleeve as a glossy two-sided insert. All this comes inside a nice resealable poly bag with a hype sticker on the front.

The vinyl format is king just like Motorhead is a king at what they two. Putting the two things together is a treat for any music fan and this legendary debut album was treated with the respect it deserves with this amazingly high-quality reissue. There should be one of these in every home and if yours is lacking one I wouldn’t wait too long before correcting that as if this is anything like the last version of this record, it won’t be around for long.