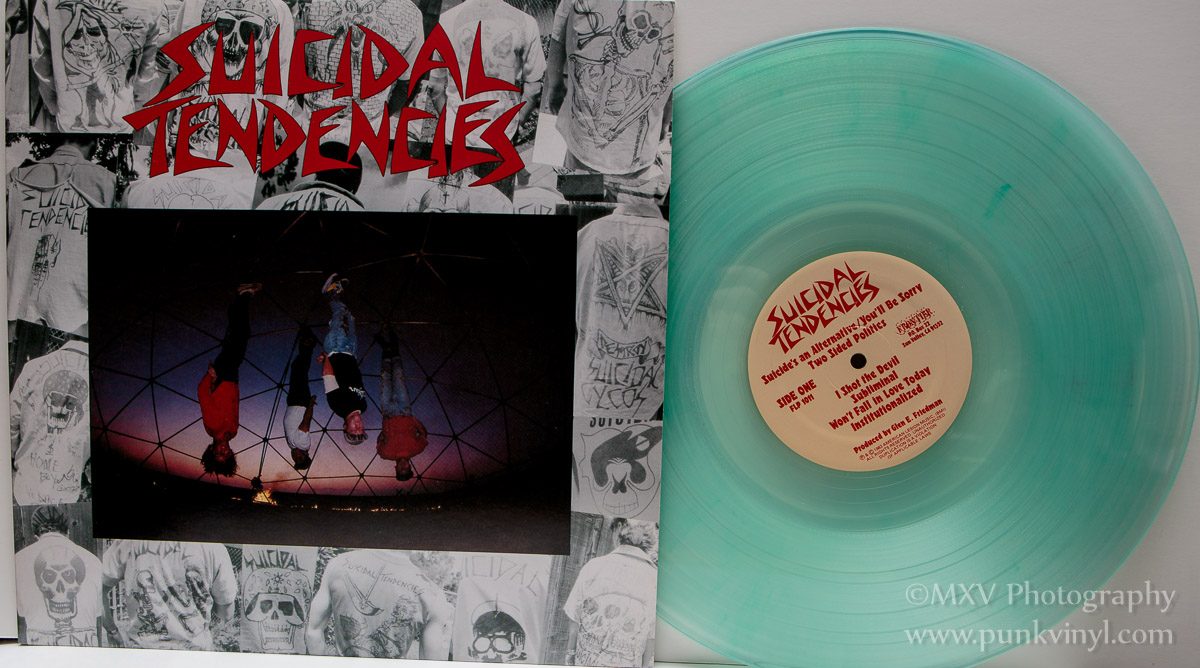 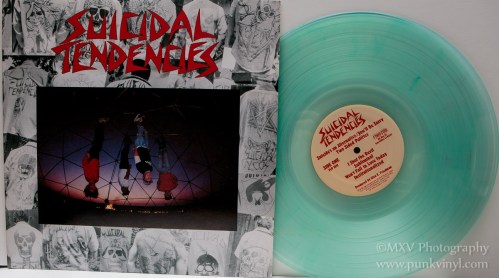 There must have been something in the water and the California sun back in the early 1980’s because it was the single greatest state for punk rock back in those days. So many legendary bands formed there and put out records and many of those records are still being bought and listened to by new generations of punk fans who weren’t even born when these records came out. Many of those bands were hugely influential and really helped change the shape of music permanently long before punk rock became an acceptable form of music that people don’t get beat up for listening to anymore.

Like many great punk bands of that era, Suicidal Tendencies released their self-titled debut way back in 1983 and like many of their peers, their debut album ended up setting the bar so high that the band was never able to top it. The band formed in 1981 and it took two years before they’d ever record and release this record which came out on Frontier Records, a label who had a killer lineup already with bands like TSOL, the Adolescents, Circle Jerks, and Christian Death. Everything that label put out was pure gold back then. This record was no different and went on to become one of the all time best-selling punk rock albums of all time. This was helped by not only being a killer album but their song, “Institutionalized” actually had a video for it that got played on MTV and was also on the Repo Man soundtrack. That song transcended punk rock and people who wanted nothing to do with the genre at the time were familiar with that song and liked it. The song is now a classic and its only flaw was singer, Mike Muir’s inferior choice of soft drink (everyone knows Coke is greater than Pepsi).

After this album was released it took a long time and some lineup changes before the band would even attempt to follow-up on it and by the time they did the crossover sound (punk mixed with metal) was really taking over hardcore and Suicidal Tendencies incorporated that into some of their sound too with somewhat lackluster results. Mike Muir kept the band going with numerous lineup changes and the band evolved into a more rock/metal/funk style that ended up achieving some success in a time when alternative rock was booming and some of it was actually pretty good. The band also made the huge mistake of re-recording this entire album and releasing it which was a big flop as it was terrible and it is never a good idea to go and attempt to re-do perfection. There’s not a single example of this practice ever resulting in anything but a major letdown.

The album has never gone out of print in the 30 years it has existed and it did spend a good chunk of its life available on vinyl too which is a rarity in the music industry. In recent years it has enjoyed a number of colored vinyl editions that have come and gone and it is available once again on a new color of vinyl. This time it is on “Coke bottle vinyl” which is a greenish clear that looks very much like the color of the glass Coke bottle (hence the name). It comes in the usual cover with the original artwork on it and even has a lyric sheet which until these colored vinyl editions started coming out was something that wasn’t included since the very first pressing! The music is of course the same great hardcore punk that it has always been and is just as great today as it was three decades when it was released. The album has aged gracefully and it’s scary to think about the fact that I was 13 years old when I first got this album!

The fact that this is a good selling album and they didn’t make a ton of these guarantees that this color won’t be around for very long. If you are foolish enough to not own this record (and by record I mean the vinyl, the CD doesn’t count!) then I suggest you click over to the Frontier Records website immediately and grab one of these before someone beats you up for being a poseur!