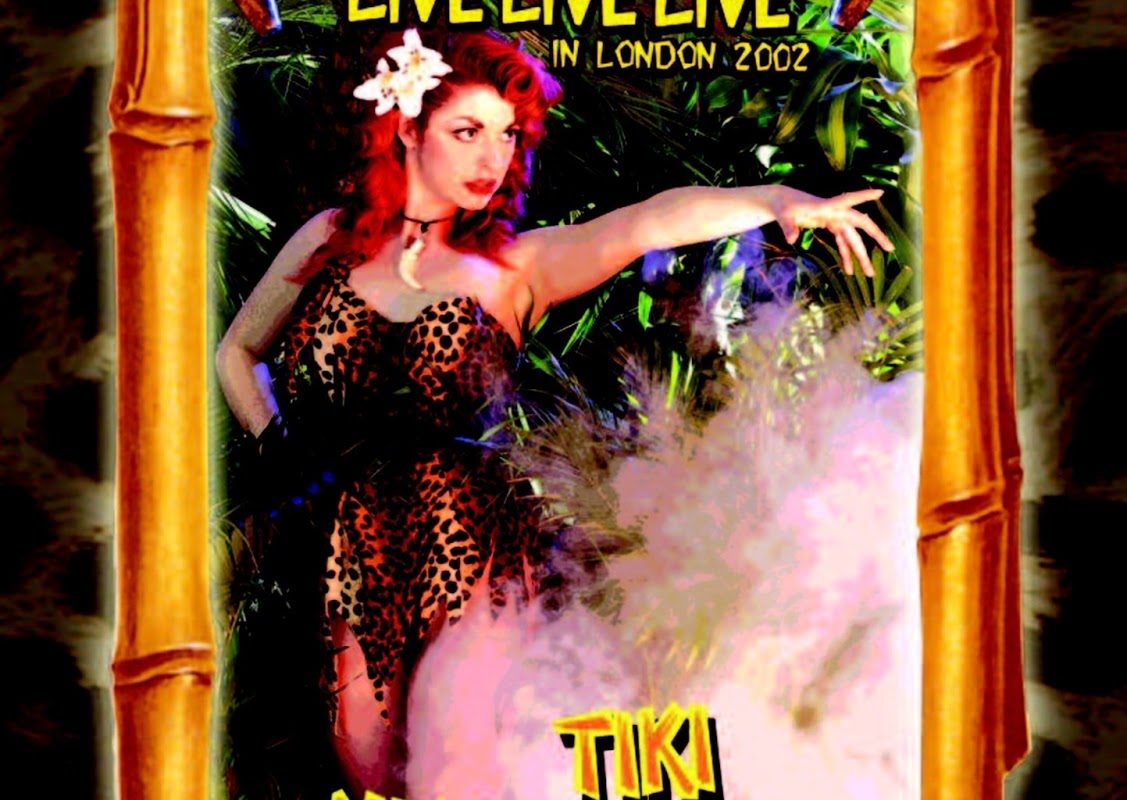 Damned – Live Live Live: Tiki Nightmare
A great live document of one of the best and longest running punk bands of all time.
Rating:

As of this writing I believe that The Damned is the longest running punk rock band of all time. They were the first UK band to put out an album and tour the USA back in the 1970s and while they have threatened to break up and have endured numerous lineup changes over the years the fact remains they never called it quits. The band still tours and they even put out a new studio album a few years ago. The band’s sound has evolved over the years and branched out from being straight up punk rock to being more of a punk/goth/rock hybrid. The band really has never made a bad record and it’s probably a safe bet that they’ve never put on a bad performance either. Every time I’ve seen them, including around the same time this DVD was recorded, they’ve put on an amazing performance.

Tiki Nightmare was recorded on the last night of The Damned’s tour for Grave Disorder, which was their first new studio album in many years at the time.  The lineup for this tour was founding members Dave Vanian (vocals) and Captain Sensible (guitar) along with goth goddess Patricia Morrison (bass), Monty (keyboards) and Pinch (drums). This was a very cohesive version of The Damned and with the exception of Morrison who retired to be a mom, the lineup is still in tact today. The band played a varied set that included five songs from Grave Disorder along with a nice mix of stuff from their back catalog. You get the staples like “New Rose”, “Smash it Up”, “Love Song”, and “Neat Neat Neat” along with some nice surprises like “Street of Dreams” and “Eloise” which were both songs from their MCA years when Captain Sensible wasn’t in the band! The show features 19 songs and there’s not a bad one in the bunch and it covers most bases as far as eras of the band sent.

The performance on this DVD was top-notch. This band was a very tight, well-oiled machine and they sounded fantastic. Dave’s voice sounded as good as ever and the rest of the band’s playing was perfect. They even retool some of their older numbers to mix them up and make them more interesting. This performance was professionally shot on multiple cameras and edited nicely to really make you feel like you were at the show. The sound is also amazingly clear and it almost sounds like a studio recording as it is mixed that good.

The concert portion of this DVD is 86 minutes long. It was presented in widescreen and you have the options of either stereo or 5.1 surround audio. The disc has some bonus features including interviews, a photo gallery and a discography. If you are a fan of The Damned then this is a great concert to add to your collection and for me it was a nice memento of a tour that I saw them on. The visual and audio quality along with the stellar performance make this one of the better live DVDs around by any band.

Order the DVD from Amazon