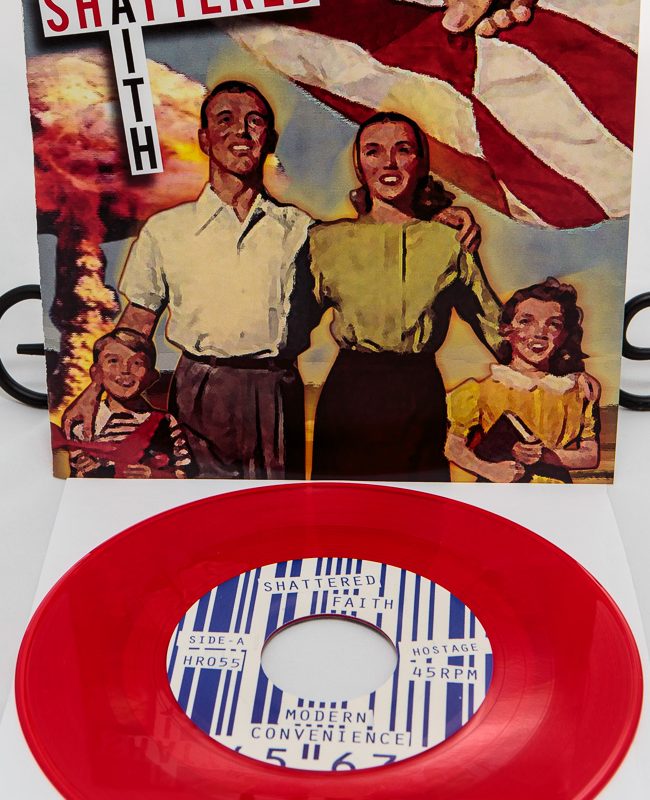 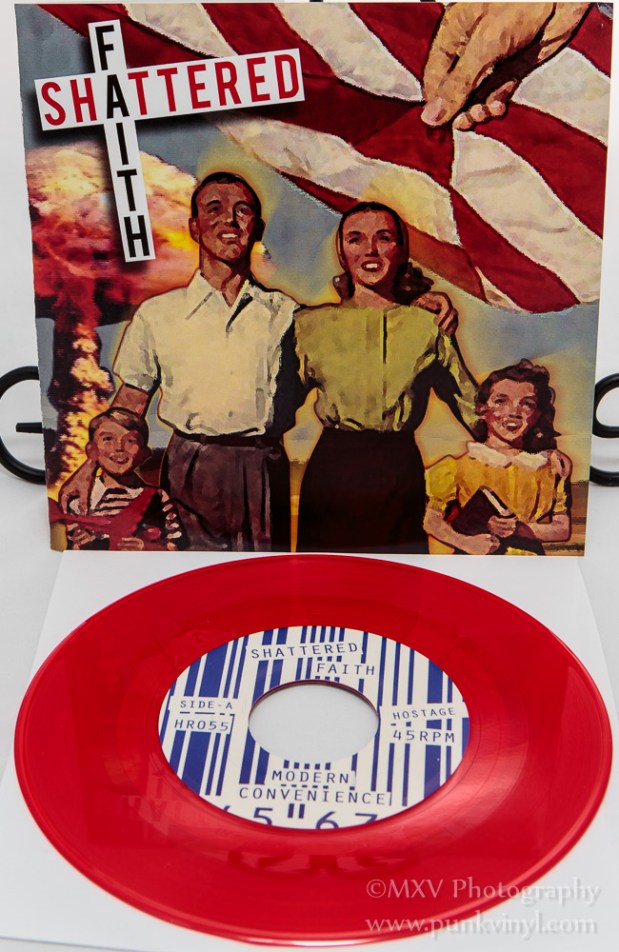 After nearly thirty years away, Shattered Faith return with their second new release of the year that shows that they still have plenty to offer.
Rating:

Shattered Faith is an old school punk rock band from Orange County, CA who put out one of the best releases on the Posh Boy Records label, their Reagan Country/I Love America 7″. That still ranks up there as one of my favorite records the label released and they did a lot of great stuff. Shattered Faith left Posh Boy soon after and released a pair of LPs that while good, didn’t match the greatness of those Posh Boy recordings.  The band broke up soon after the release of the second album.

I’m not sure why the band is relatively more obscure than many of the others from that same scene and time frame. Maybe it was because their records were out of print for so long, or maybe because they didn’t tour much, if at all but a lot of younger punk rock fans aren’t familiar with them and even some older folks overlooked them. They are all missing out because those old Shattered Faith recordings are excellent.

A few years ago, Shattered Faith reunited and started playing some random shows around CA and they even did a little tour a few years ago (which I sadly missed when they came through Chicago) and now after three decades they’ve released new material this year, with this single being the most recent.

“Modern Convenience” is a slower, mid-tempo number with a guitar intro reminiscent of The Heartbreakers. It has a good guitar sound and politically themed lyrical matter. The vocals don’t sound quite like I remember them sounding like on the early Shattered Faith material but they still sound good and this was an enjoyable song. “USA” is the b-side and it is a faster and even more enjoyable song that reminds me more of the Shattered Faith I remember. In fact this song easily warrants the purchase price alone. As far as bands reforming and recording after decades away, this Shattered Faith single ranks high among the “reunion bands” new recordings.

The single comes on colored vinyl (the one I received was red but I believe there are other variations) and comes in a full color, fold-over sleeve. It also has an insert. I love it when the bands I grew up with in my teenage punk years not only get back together but put out good records which make it even better that they reunited. Shattered Faith is on that list and hopefully there’s more to come in the future, along with another tour so I can finally see them play live!