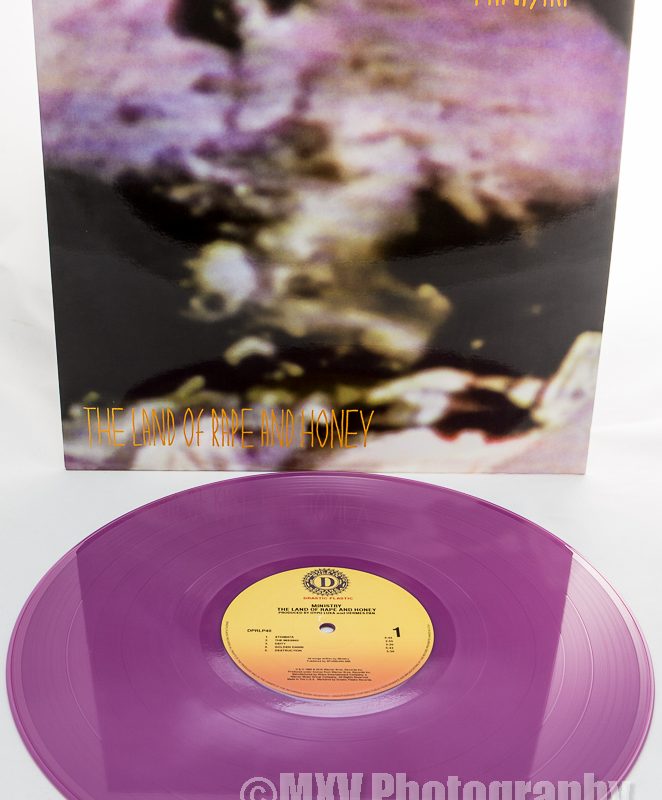 Ministry – The Land of Rape and Honey vinyl reissue 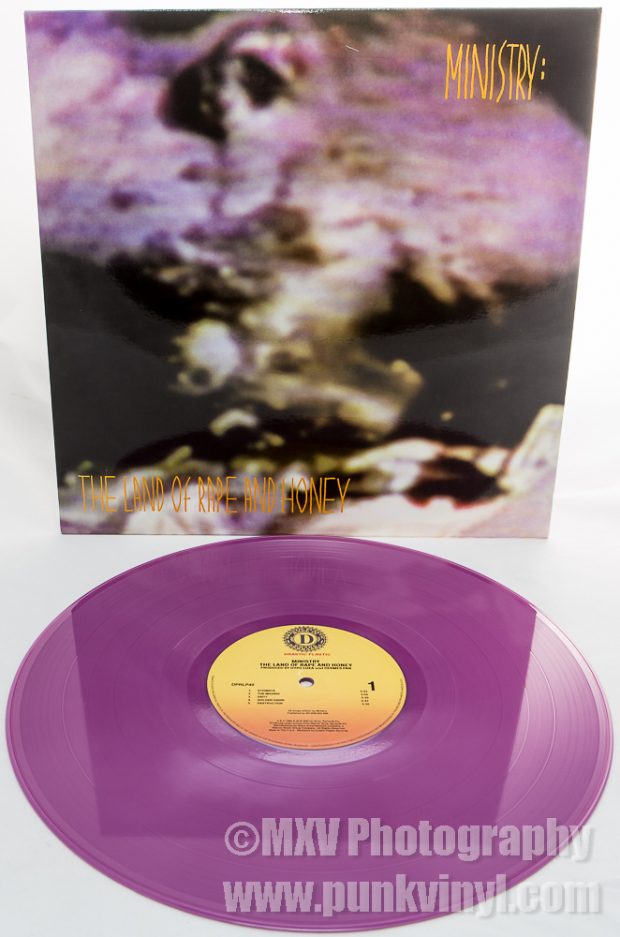 In the late 1980’s into the early 1990’s, Industrial music was on the rise.  The Wax Trax label and bands like Skinny Puppy and Ministry paved the way for the genre in North America and it was an exciting time to be a music fan into that style. Whereas Skinny Puppy really paved the road for the genre here in America, it was Ministry who brought something to the table that was rarely used in industrial’s earlier years and that was the guitar. Ministry’s transformation over the years from synth pop new wave band to industrial dance band to industrial rock band to speed metal band is unlike anything in music history and it is a fascinating journey that resulted in a lot of great music. In 1988, Ministry released what is considered to be one of their greatest albums, The Land of Rape and Honey and it was a real game changer.

The album sounded nothing like the album that preceded it (Twitch) and while that album showed small hints of a harder side of the band, I don’t think anyone could have predicted what was to come. The Land of Rape and Honey took the industrial music foundation and added a lot of fuzzed out guitars to the landscape and the result was amazing. I picked this album up shortly after its release because thanks to my new-found love of Skinny Puppy at the time, I was diving into the industrial music scene and The Land of Rape and Honey blew me away. To me this album took everything I loved about punk rock (the noise and the hard-edged aggression) and mixed it with everything I thought was cool about Skinny Puppy and Front 242. I recorded the album to a cassette and that got regular play in my car while driving around for more than a full year. A few of the songs on this album became the band’s most loved songs and are considered classics (“Stigmata”, “Flashback”, “The Missing”, and the title track). Playing this album now, more than a quarter century after its release, it still sounds amazing and really there was nothing else that sounded like this no matter how some have tried.

When this album was released, major labels were just starting to push the compact disc format down people’s throats so they were still making vinyl editions for their releases but in smaller quantity. This album did come out on vinyl but that format was short-lived and it has only been available on CD since. There was a European vinyl reissue in 2012 but it was extremely pricey and hard to come by in the United States. That’s where Drastic Plastic Records comes in. When they did a vinyl reissue of The Mind is a Terrible Thing to Taste they also announced that this album was coming and I couldn’t have been more excited. The label does such an amazing job on their reissues in both sound quality and packaging that the thought of having a nice colored vinyl edition of this classic album was thrilling. And now it is here!

The album comes in a glossy, full color sleeve that reproduces all of the original cover art. In comparing them side to side there is more sharpness and contrast on this reissue’s art than on the original which makes everything pop more and it’s easier to make out what the image is on the cover. The original cover art was very blurry. I give the win to the reissue, it simply looks better all around plus it’s a higher quality cover stock than the old one. The record labels look just like the old Sire labels except it has the Drastic Plastic logo in the place of the Sire one and the font is a little weightier and easier to read. The record comes on either 200gm black vinyl or 150gm purple vinyl, housed in an anti-static poly inner sleeve. I love the colored vinyl as it compliments the cover art beautifully. Each edition is individually numbered with a foil stamp on the back cover.

Now the real question is how does it sound? This was mastered by Kevin Grey, as many of the recent Drastic Plastic releases have been and he once again did a great job. I played this back to back with the original vinyl edition numerous times and they sound so close that I’d probably fail a blindfold test trying to guess which is which. It should be noted that both vinyl editions sound infinitely better than the original CD version and I don’t think that ever got remastered so if you want the best sounding version of this album then this is the way to go.

This reissue looks beautiful, looks better than the original and sounds just as good. You can’t ask for a better vinyl edition than that and with as popular as this album is among long time Ministry and industrial music fans you can bet that this limited edition reissue won’t be around for long. If you can’t find one at a local store, hit up the Drastic Plastic website and get one before it’s too late. It will set you back less than buying an original off of eBay and it looks a hell of a lot better.