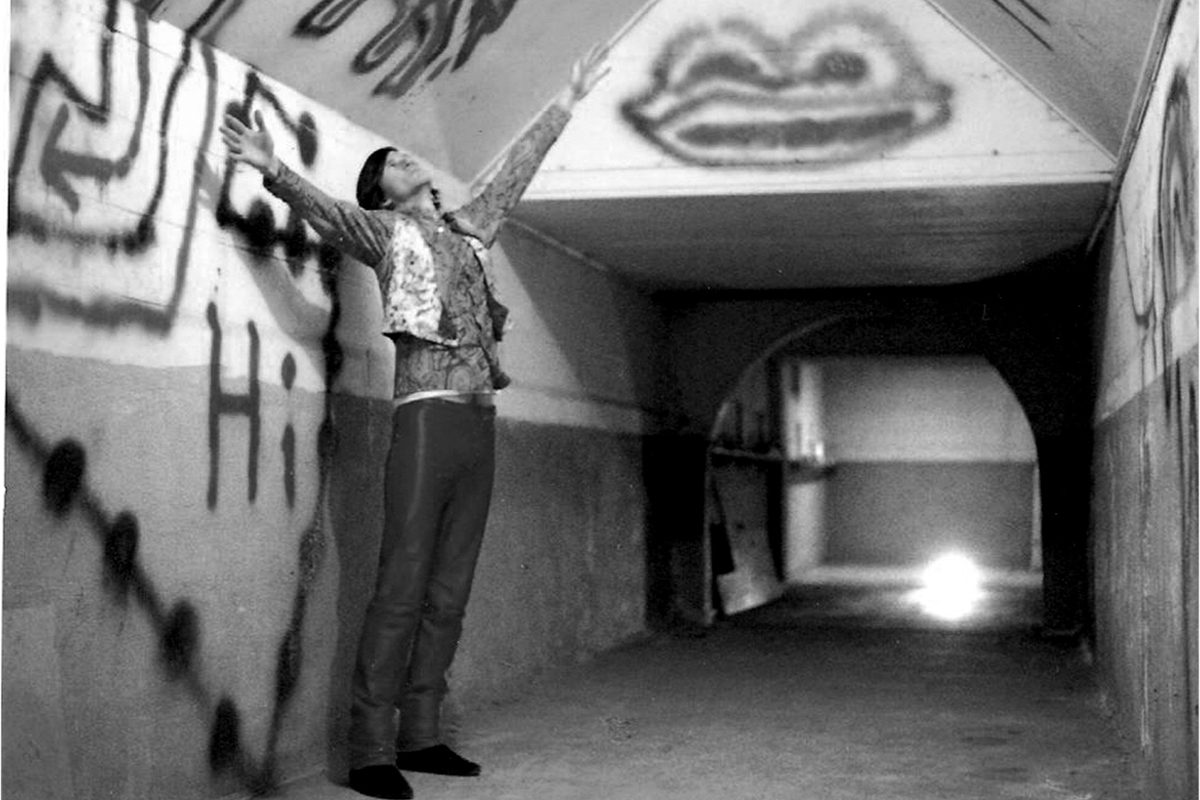 This one took me awhile to write because it hits closer to home. As many of you are probably aware of by now, John Stabb lost his battle to stomach cancer on Saturday. John was 54 years old, which is far too young to go. John was the lead singer of Government Issue, who were the longest running DC punk band to come out of the first era of hardcore bands in that scene. No other band of that scene’s era even came close to lasting as long as Government Issue and none of them were any better.

Government Issue are a weird anomaly in the annals of 1980’s punk rock. The band had a nearly flawless discography in the close to ten years they were together, a feat no other band from that era can lay claim to, yet despite how great they were, they somehow never truly get the accolades and recognition that they deserve. Why this great band gets overlooked will go down as one of life’s great mysteries but the fact remains that the band got better as they aged, like fine wine (or is it Strange Wine?). The simpleton meathead hardcore purists from back in the day may have scoffed at the band’s post-Boycott Stabb material but the band really kept getting better as the years went on, reaching their peak with 1987’s, You, which I consider a punk rock masterpiece.

G.I. went through many lineup changes over the years but the one constant was founding member and lead singer, John Stabb. John, born John Schroeder but rechristened John Stabb in the early days of DC punk, was a charismatic front man with an amazing sense of humor. Never one to subscribe to the “punk rock uniform”, while everyone was wearing spikes and leather, John was wearing obnoxious thrift store suits in bright colors. The sheep didn’t think it was punk but the reality was that it was more punk rock than they were, after all wasn’t the whole idea of punk rock to not follow the trends? John never took himself too seriously and always had a good time performing on stage and always delivered the goods. John was one of the best front men from punk and hardcore’s golden years.

John the person was incredibly kind. He never let being the singer of a popular punk rock band go to his head. He always made time for his fans and struck up friendships with everyone he met. In his passing the one thing that was most apparent is that John was universally loved by everyone he came in contact with. You’d be hard pressed to ever hear anyone speak ill of him before his passing, let alone after it.

As the 1980’s came to a close, so did Government Issue. John did time in other bands such as Betty Blue and History Repeated, among others, but none of them ever achieved the success that Government Issue had though all of them were good. In recent years before getting sick, John had done some Government Issue reunion shows and even in his 50’s, he was still one of the best frontmen around. He left a hell of a mark in this little world of punk rock and it is a far sadder place without him in it.

I haven’t written anything of a personal nature of on this site in years but I’m going to break that streak for this occasion because John wasn’t just the singer of one of my favorite punk rock bands of all time, John was someone I considered a friend. I’d like to share my personal John Stabb story with you, my kind readers.

I first met John Stabb when I was 18 years old. Government Issue played a show at Club Dreamerz in 1987  on the You tour and after the show my shy, younger self approached John and asked him if he would do an interview with me for my fanzine, Spontaneous Combustion. John (along with J. Robbins) happily said yes and then proceeded to spend close to an hour talking to this kid he never met before who was asking him questions he probably had been asked hundreds of times over the years. He never seemed annoyed, he never lost the enthusiasm in his answers, and he seemed more than happy to spend as much time doing the interview as I liked. He was one of the nicest people I’d ever met in a band. I walked out of that club, tape in hand, ecstatic that one of my “punk rock heroes” whose music changed my life was such a genuinely nice guy.

Fast forward more years than I can remember and our paths crossed again, this time for good. I can’t even recall why or how we came in contact again because in my adult life, I don’t remember a time when I wasn’t in contact with him on a semi-regular basis. During some conversation I had with him either via email, private message, or message board, he mentioned that he wished that the first Government Issue demo would get released as he liked it better than the Legless Bull single. I had a little record label and I offered to release it. John happily agreed. Older me couldn’t believe that one of my punk rock heroes would want to do a record with this slightly less shy guy with a little label he ran out of his spare bedroom. John was happy to do it, and he really was happy with how it turned out. I had a great time working with him on putting it all together and even now I still can’t believe he chose to work with me on it and not some bigger label. It was a huge honor for me, as was working together with him and Tom Lyle on the GI vinyl reissues for Dr. Strange.

The last time I saw John was last summer at Riot Fest 2015 here in Chicago. He stopped by the fest during the day and I ran into him near the press tents. We talked for a while and he was every bit the nice and happy guy I first met 28 years prior, only this time we were just a couple of friends talking and catching up, not some kid interviewing the singer of one of the best punk bands ever. Seeing him and talking to him made my day and I felt awful that I didn’t have more time to stay and chat as I had to go shoot some bands. I easily could have spent the entire day hanging out with him and I wished I could have.

Last Saturday I came home from a really long and fun day to see a post from John’s wife on Facebook that he lost his battle with cancer yesterday. It broke my heart. I knew he was very sick and his wife was great about posting updates with what was going on with him and relaying all the well wishes that not only myself, but legions of his friends and fans had been sending.

John Stabb was one of the kindest souls I’ve ever met in the world of punk rock, and he was the singer of one of my favorite bands ever. He was also someone I was honored to call a friend and I’m sure going to miss our interactions. I’m really happy that in his final years on this planet, he had found love and such a wonderful wife in Mina to share his final years with. I can’t believe he’s gone and our little world of punk rock will never be the same without him. Rest in peace my friend and thank you for not only the life-changing soundtrack to my formative years, but for your kindness, support, and friendship. You will never be forgotten.

During his battle for cancer, John’s wife took lost her job after taking leave so she could care for John and as you could guess, fighting cancer and lengthy hospital stays racked up a huge bill. There was a fundraiser set up to help John and Mina and it is still going. You can donate to the cause right here.