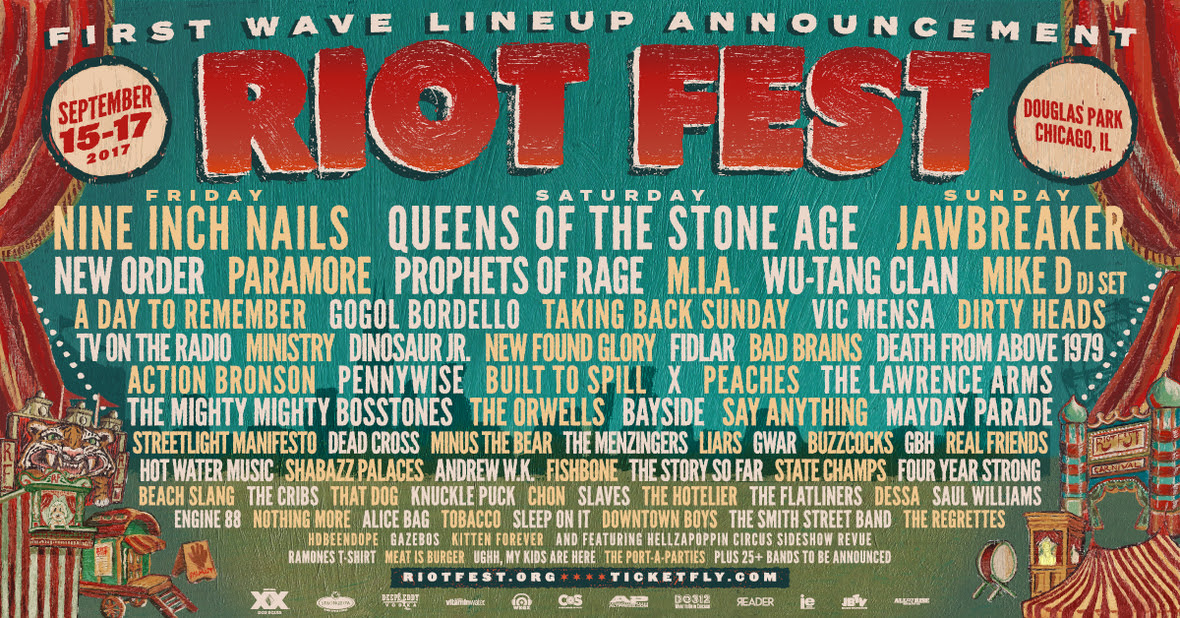 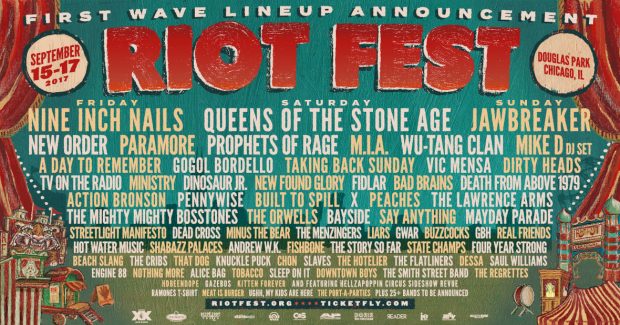 Those fine folks over at Riot Fest somehow manage to keep topping themselves. Every year the festival grows and every year they keep amazing us with great lineups and once in a lifetime reunions and this year is no different. This morning they released the first wave of the lineup for the 2017 Riot Fest and boy is it a good one! Not only do they have Nine Inch Nails and Queens of the Stone Age headlining the first two nights but they have Jawbreaker reuniting to headline the final night! People have hoped and prayed that someday Jawbreaker would reunite as they’ve become infinitely more popular in the 20+ years since they disbanded and the wishes have been granted! On top of that they have a great and diverse selection of bands announced so far and even more to come in the months leading up to the fest. Check out the photo for the lineup as it stands now.