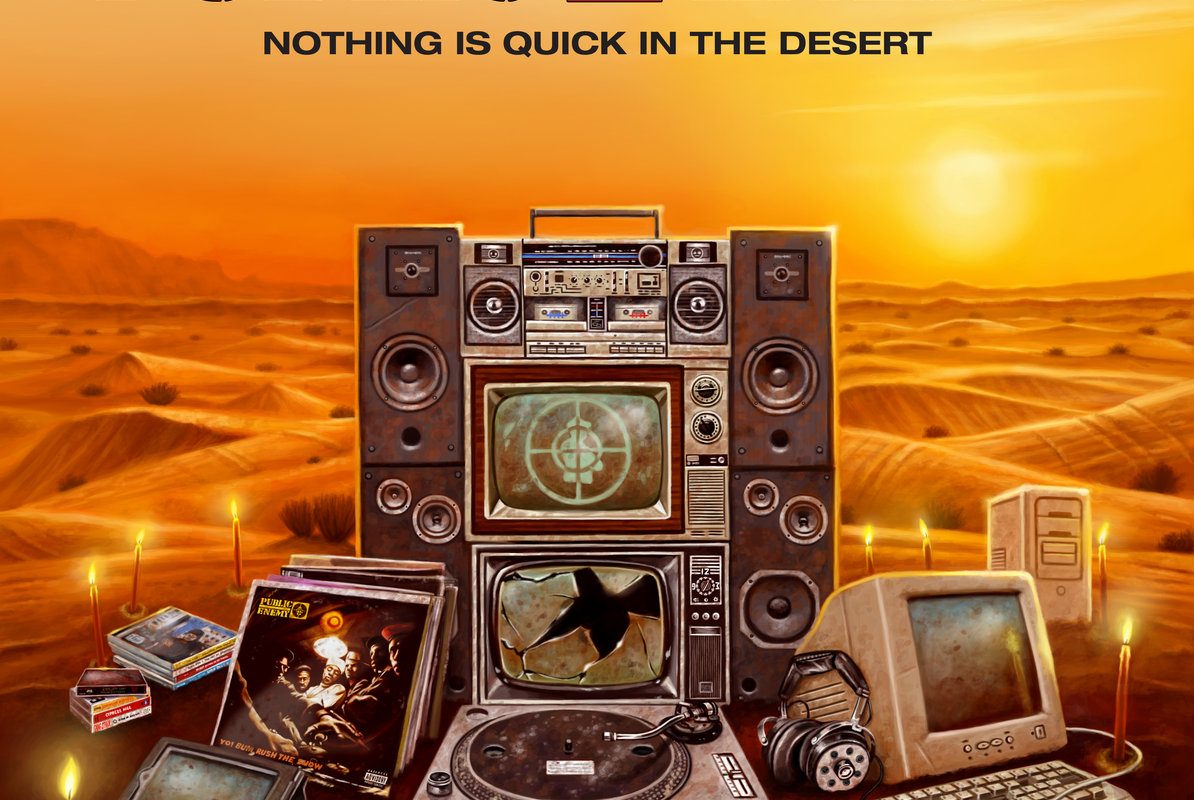 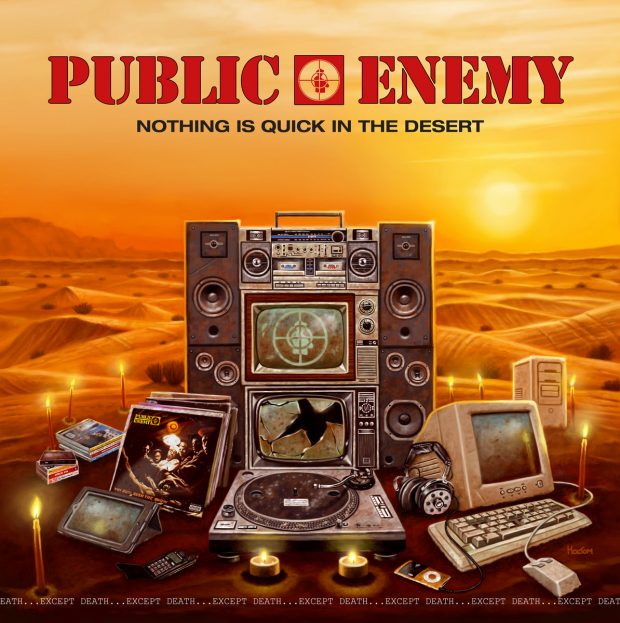 One of the best bands from the golden age of hip-hop, Public Enemy, has enjoyed a career that has now lasted for three decades. As a surprise thank you to fans, not only has Public Enemy just released a new album, but they are offering it to everyone as a free download! I’ve been a fan since the start and I had no idea they were releasing a new album until this info arrived in my email and I can’t think of a better way to spend a holiday weekend than to hear the latest offering by this legendary group.

The album is titled, Nothing is Quick In The Desert, and it was released on Thursday via the bandcamp. and features guest appearances by Ice-T, PMD of EPMD, Easy Mo Bee, Sammy Vegas and Solé.  Longtime Public Enemy collaborator David “CDOC” Snyder produced “…Desert,” with additional production work by Daddy-O of Stetsasonic, DJ Pain 1 of Divided Souls, Mike Redman, PE’s DJ Lord, Dejuan Boyd, Professor Griff and JP Hesser.  The album also marks the first time Public Enemy has worked with the Spitburg Pirates, a songwriting collective of artists from Chuck D’s SpitSlam record label including Jahi of PE 2.0, CDOC, Marcus J of The Impossebulls and Retina MC.

Go and grab it while you can as after Tuesday it will no longer be free. Here’s hoping they will tour sometime this year as well. Happy 30th birthday Public Enemy!