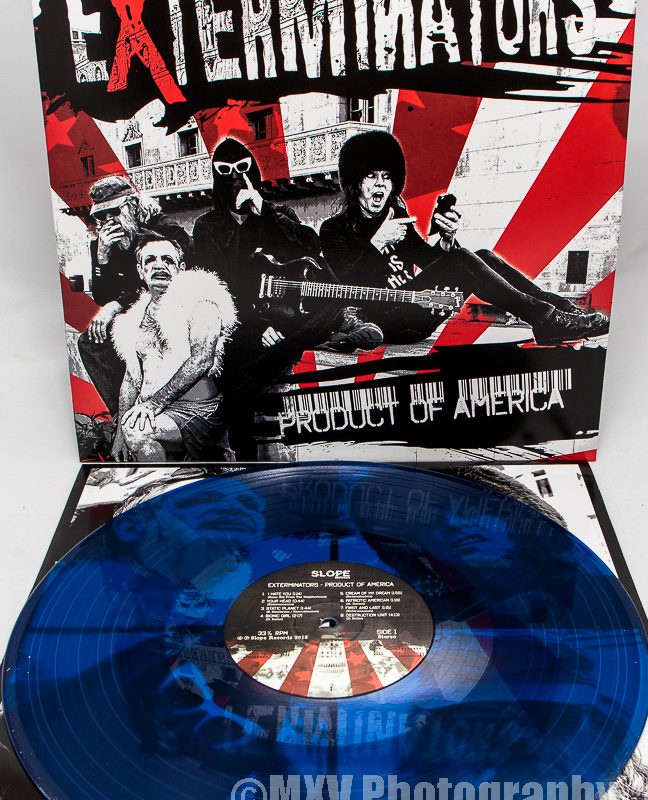 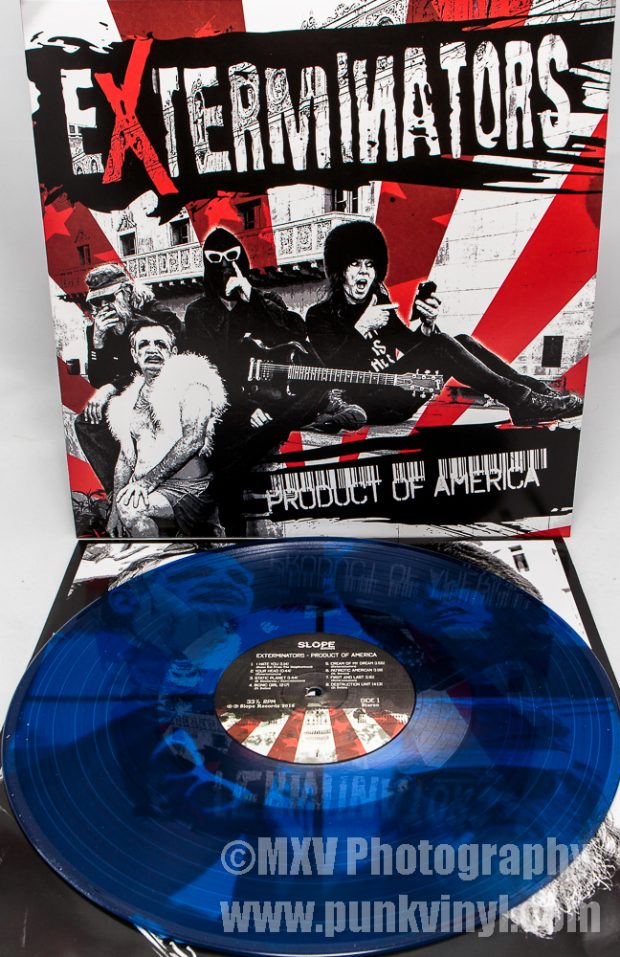 Back in the early days of punk rock there was little scenes happening all over the world, especially in the United States. New York and California may have gotten the lion’s share of the attention but outside of that one of the areas that was a hotbed of early punk rock was the Phoenix, AZ scene. Everyone with any sort of punk cred could cite JFA and the Meat Puppets as the premier Phoenix bands but if you spent the time to scratch the surface you’d discover just what a great talent pool that desert was as the end of the 1970’s grew into the early 80’s.

Want some examples? How about The Brainz, The Teds, Mighty Sphincter, The Feederz, Killer Pussy, Victory Acres, Red Squares , Zany Guys, and Sun City Girls just to name a few, and those are just some of the ones that put out records. If you include ones that never released a record then that list would grow and that leads us to Exterminators.

The Exterminators were one of the very first punk rock bands to hail from the Phoenix area. Have you ever heard of them? Don’t worry, I hadn’t either before now and I do my homework on these things. It is easy to have overlooked the band because they never released a record while they were together and they weren’t on any of the compilations from the area at the time either. Unless you lived in the area at the time and was into punk rock ,or you were an out-of-town punk band playing in Phoenix, then you’d be like me and have never known of the band. I can tell you not one person around here in Chicago was aware of the band that I’ve ever met. What’s amazing though is that the band consisted of four men who would go on to play in some great and influential bands after the Exterminators disbanded.

The cast of characters: Don Bolles (Germs, 45 Grave, Vox Pop), Doug Clark (The Brainz, Mighty Sphincter), Dan Clark (The Feederz, Victory Acres) and Cris Kirkwood (Meat Puppets). Each one of these guys was in at least one legendary band and it makes sense when you hear how good the Exterminators were, which you can now thanks to this brand new LP. The surviving members of the band reunited after over 35 years to dust off the songs they wrote back then and go into a studio and record them proper to make up for decades of lost time.

From the opening chord of the first song, fans of early punk rock as it started morphing into hardcore will instantly feel at home. The Exterminators sort of bridge the late 70’s punk rock with the faster and harder style that started as the 80’s began. The songs range from mid-tempo to fast, the guitars are loud, the drumming is great, and the vocals are angry, mostly shouted, and have an overall snarl to them. Basically this is everything that made punk rock so exciting and special. Had this band released any 7″s back when they were first around I can guarantee you that people would be paying hundreds of dollars or more for copies of them in today’s market. They’d be held in the same high regard as records on the Dangerhouse label and many of the other staples of early punk. While unfortunately that didn’t happen, at least now we all get the reap the benefits of the band finally releasing an album and pulling it off to make it sound like they actually did make this back in 1980!

This record comes on the period correct vinyl format. It comes in a full-color jacket and the record is pressed on blue vinyl. The record is tucked into a printed inner sleeve and there is also a large insert with extensive liner notes that gives some good band history and recollections from the members who played on the album. This record will easily be the benchmark by which any future attempts of old punk bands reuniting to record their unreleased material will be judged and man did they set the bar high. This is a punk rock masterpiece and it’s funny that the best punk rock album to come out in years is one by a 35+ year old defunct band reuniting to record all their old songs. Nice work Slope Records for putting this all together!