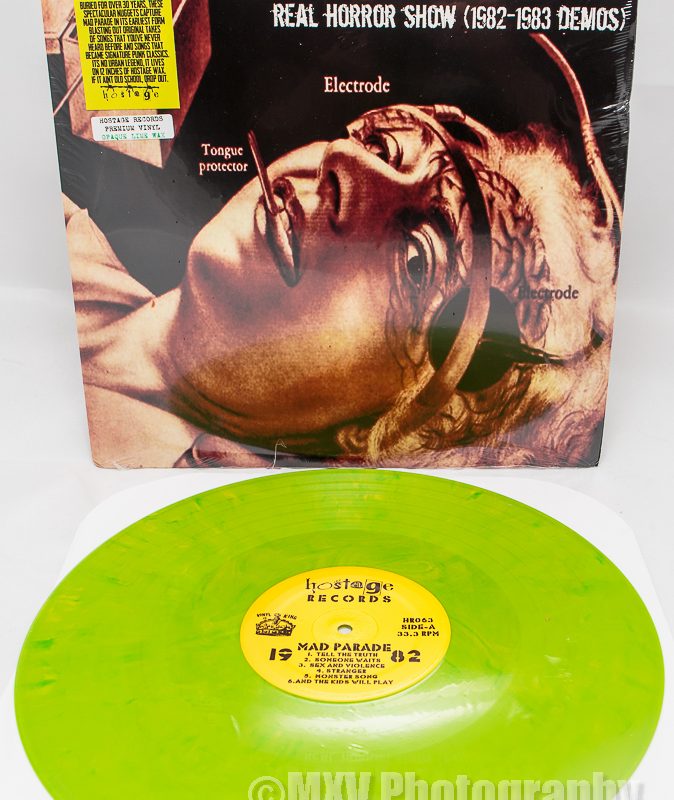 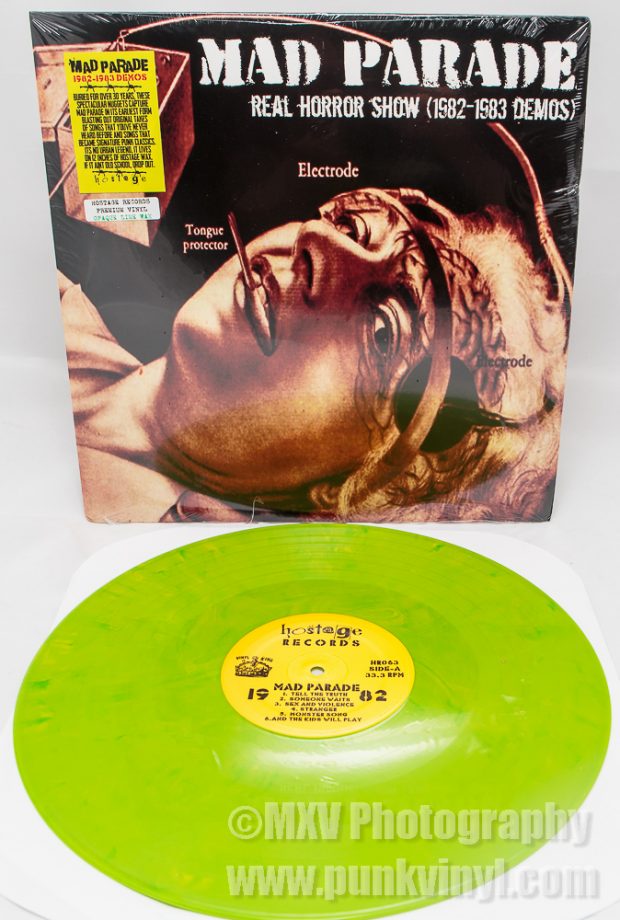 When I was a teenage punk rocker I first fell in love with Mad Parade after hearing them for the first time on the Barricaded Suspects compilation LP on Toxic Shock Records. That song was the best song on that comp (which was chock full of good tunes) and I immediately ordered a copy of the first (and only at that time) Mad Parade LP. I proceeded to play that record for every friend I had and often listened to it while skateboarding. I thought the band was great and I still do to this day. What’s amazing is the band is still around and still making new music that is equally great. I really feel that this band is so good that it should be a household name and it’s a crime that many inferior punk rock bands got a lot more attention.

If you are a Mad Parade fan you know what I’m talking about but what you likely didn’t know, as most of us didn’t, was that before that great début album, the band had recorded some demos in a studio in an effort to use the recordings to get some gigs and that these audio treasures sat unreleased for over thirty years! How all this time could have passed without these recordings coming to light will go down as one of life’s great mysteries but fellow Mad Parade fans have a reason to rejoice as this treasure has been resurrected and pressed into wax.

Real Horror Show (the title of this album and the title of my favorite Mad Parade song) compiles the studio demos that the band recorded in 1982 and 1983 with the first lineup of the band. Even at this early stage in the band’s career they had already found what became their signature sound and the material on here is every bit as good as what ended up on their first album. Some of the tracks on here will be familiar, though these versions have never seen the light of day until now and some of the songs ended up never being recorded again or released on any of the band’s albums. The album has a total of eleven tracks and every single one of them is a gem. It is really neat to hear earlier versions of songs like the title track  and “Sex & Violence” and most of the unreleased songs are so good it’s puzzling why they never ended up being used on anything. The sound quality on this is top-notch. These are no hissy cassette recordings made on a boom box, they were recorded in a real recording studio. Had this material been released as an album back in the day I think it would have been as well received as their début album was.

This record comes in a full color jacket and the record itself is pressed on heavyweight colored vinyl (the one I received was lime green, there is also a lemon color and a black vinyl available). The sound quality on it is fantastic. This comes with an insert that has liner notes from Joey Kelly and Billy Ledges, the lyrics to all the songs, some photos, and the history behind each track on the album which I found to be very interesting. They made a total of 539 copies of this LP so if you want one I wouldn’t wait too long as that’s far less than deserve to be out there, one of these should be in every home.

As far as collections of unreleased or demo material go, this Mad Parade album is the cream of the crop and should go down in history as one of the best demo/unreleased collections in history. Kudos to Hostage Records for putting such care into making this release the best it could be and kudos to the band for recording these great songs and finally releasing it to the world! Do yourself a favor and buy this record immediately, even if you’ve never heard them. Trust me you will thank me the minute you hear it.