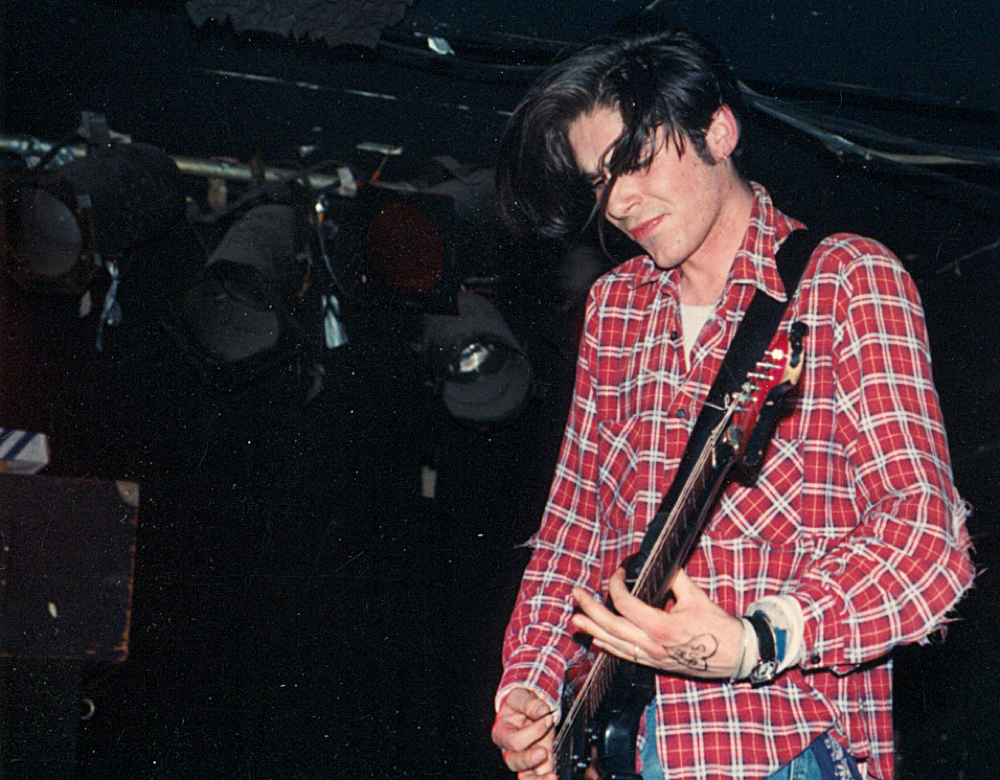 Recently I was digging through an old box of photos looking for some Dazzling Killmen photos I shot at Lounge Ax in Chicago more than 20 years ago and I came across some interesting artifacts I had nearly forgotten I had.

For those not familiar, I used to publish a fanzine from 1985 until around 1998 called Spontaneous Combustion. It also became a small record label. I was going to tons of shows back then and writing all kinds of show reviews but I never had photos to go along with them until the early 1990’s. Back then my father bought me camera and a flash for my birthday one year so I could take some photos at shows. The problem was I had no idea how to use it at all. I didn’t know an F-stop from an F word and instead of getting a book like a sensible person would do and learn, I just winged it and experimented with settings until I found something that worked more often than not and then tried never to change anything. Digital photography wouldn’t be invented for almost 20 years still so this was all done on film and you wouldn’t know the results until you got the pictures back after paying to have the film developed. I used some of the stuff that turned out in the fanzine and I saved all the photos in a box ever since they were taken. So while digging through that box I decided to pull out the scanner and scan some of the “good” or at least notable ones. I wish the MXV of the past had the photography skills back then that present day MXV has. Better late than never I suppose.

First up here is a few photos of Rodan taken at Lounge Ax in Chicago, IL. Most of them were from 2/11/94 (thank you Chicago show list archive!) and they opened for Rocket From The Crypt.  For as good as RFTC was back then, I thought that Rodan totally blew them off the stage. In fact Rodan ranks as one of the best bands I saw in the 1990’s. They reside on a list with such other greats as the aforementioned Dazzling Killmen and Cop Shoot Cop (before they signed to a major label and never made another record as good as their first two LP’s and first 12″). Rodan was a very special band who didn’t last nearly long enough but man did they leave a lasting impression in the short time they were together. I don’t recall the date of the other show a couple of these were taken at but I am pretty sure Rodan either headlined that one, or maybe they played with Shellac (my memory is hazy on this one).

Please excuse the sub-par quality of the photos, I didn’t know what I was doing back then, but I hope you still enjoy this little blast from the past.

And for those of you who never got to see this amazing band live back then, thanks to some wonderful person uploading this video to youtube, you can get a taste of how great these guys were: