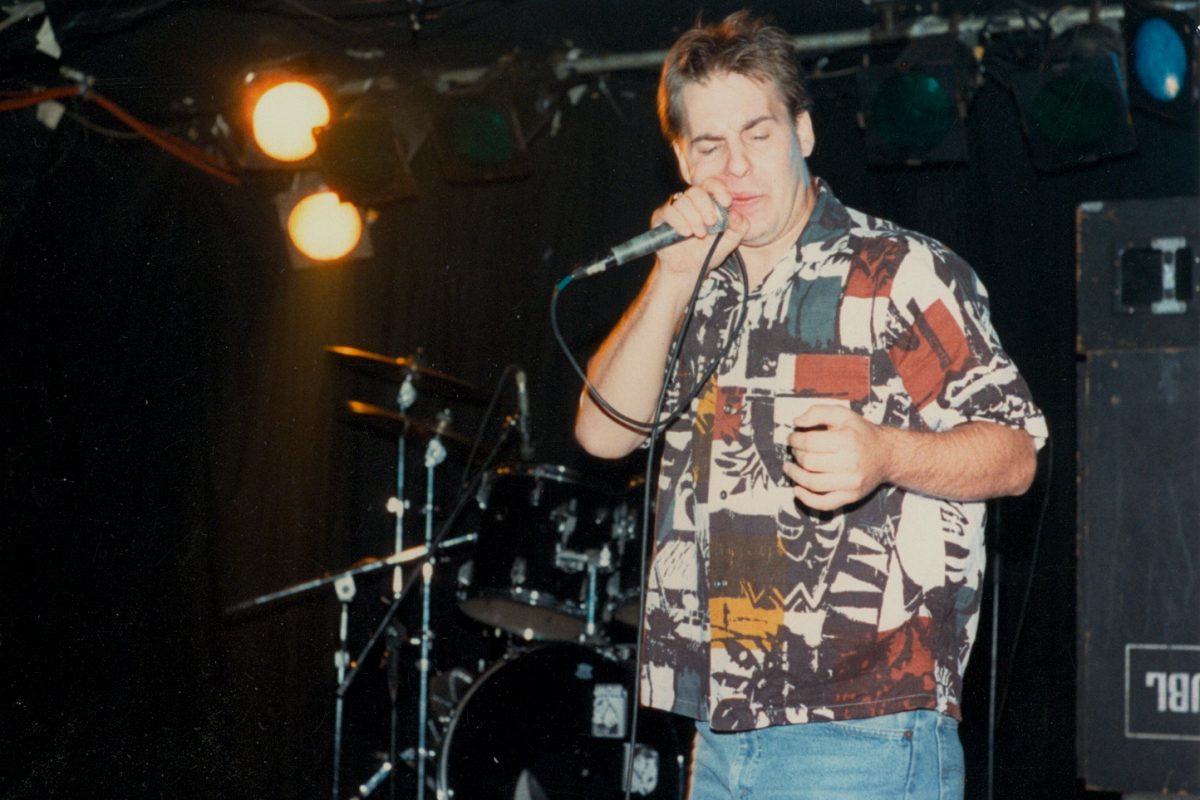 Way back in the early 1990’s I went to some dump in Elgin called #1 Soul to see Tad play. How he ended up way out there and not at a place like Lounge Ax is still a mystery to me but Naked Raygun once played there too. During Tad’s performance, which from what I can remember was excellent, some lone asshole decided to run around the back of the stage, hop on it, and have his big moment doing a stage dive off this very high stage into a crowd of maybe 50 people who were spread out. This asshole somehow landed or kicked me in the back of the head and knocked me on my ass. I was hit so hard I was dizzy and nearly passed out. In hindsight I was probably concussed but I didn’t go to the doctor. My friends who were with me picked me up off the ground and helped me get to a table to sit down and get my bearings back during the rest of Tad’s set. It took awhile. Somewhere I hope that asshole who hit me met an untimely demise or at least became permanently crippled in a stage diving mishap. I have never stepped foot in the town of Elgin again since that night.

What I do remember vividly before that incident was a band named Snailboy opening the show. I hadn’t heard of them before and they took the stage and blew me away. They had a unique and noisy sound at a time that I loved the noise rock that was starting to take shape, and they had this really amazing singer who had a mouth full of tobacco in his cheek while he writhed, wiggled, twisted, and hopped around the stage growling, grunting, and wheezing the most insane sounding vocals I’ve ever heard to this day. I snapped up the two 7″s they had released back then and made a point to go see them as much as possible, except they didn’t play anymore after that, not as Snailboy anyway.

They soon replaced their bass player (I don’t know if he quit or was kicked out) and changed their name because if I recall correctly, the old bass player had come up with the name Snailboy. This new version of Snailboy became known as Shorty and they became even more awesome.

I made a point to see as many of their local shows as possible. The band went on to release a few 7″s, a 10″ and an album before they sadly called it quits for good. One of the places they played somewhat regularly was the legendary Lounge Ax, which is where I shot these photos back at a time that I had no clue how to use a camera properly so the fact they are remotely usable is a miracle. All of the ones I found in the box of photos were of the singer, Al Johnson. I’m not sure what happened to the photos I may have gotten of the other members unless I didn’t get any usable ones. Unfortunately I don’t have the dates I took these, but they were from two different shows that were most likely in the same year. Thrown in for good measure is a photo of the band that I had them do in the photo booth machine at Lounge Ax, a gimmick that we at Spontaneous Combustion used a few times for bands we interviewed there for the zine.

After Shorty broke up, singer Al Johnson and guitarist Mark Shippy went on to form US Maple with a couple ex members of the Mercury Players. I saw them play a couple of times but they never grabbed me the way Shorty did, and they had a completely different sound. I don’t know what, if anything, the members did once that ended. Some of Shorty’s music may still be available through Skin Graft Records, but their full-length and earlier singles have been out of print for over 20 years now. Someone should release a complete Shorty/Snailboy collection!