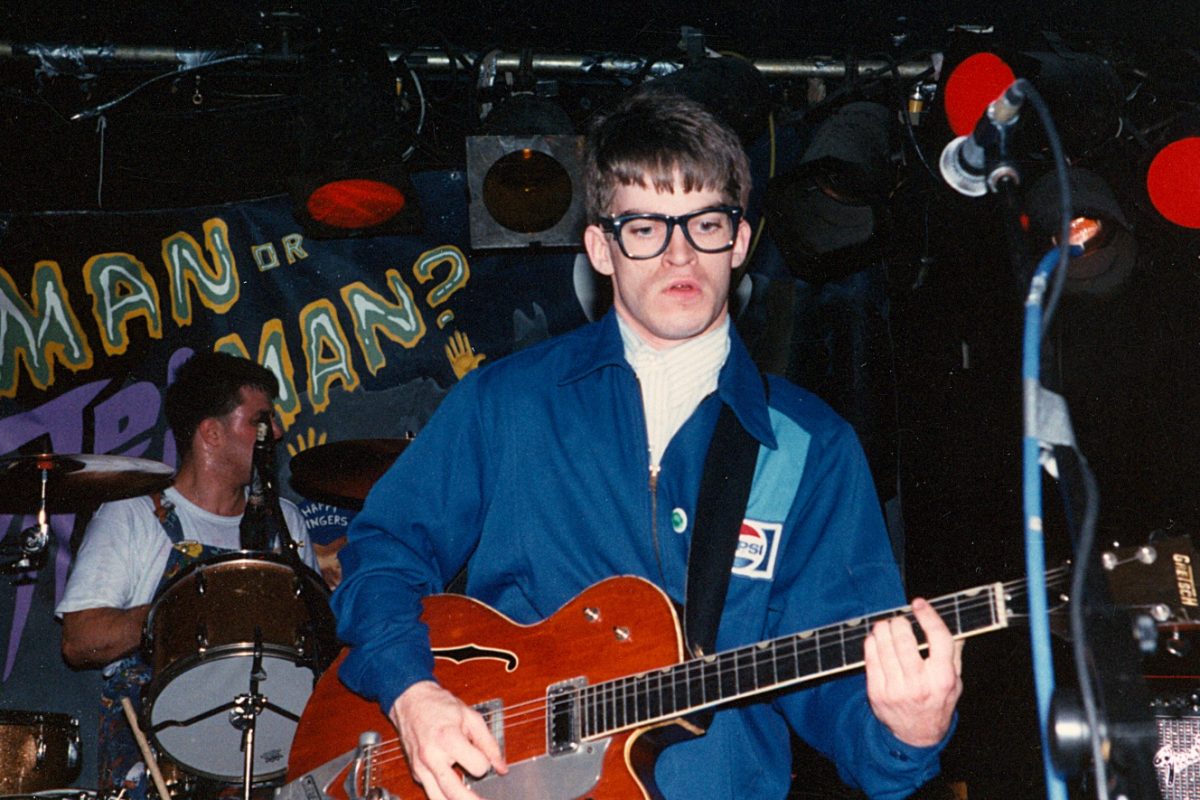 Time to take another trip back in time to the early 1990’s at Lounge Ax. Man Or Astroman? were a band who came from outer space and they became a blip on my radar by either one of their records appearing in my mailbox as a promo to review in Spontaneous Combustion, or SC writer Bill Dozer may have turned me on to them. It may have been a combination of both as Estrus Records used to send us promos and I’d give them all to Bill to review because he was really into the bands they were releasing records by.

Man Or Astroman? in their early years were an instrumental band who played some great surf-styled tunes with various samples and quirks. They all wore costumes and had a pretty elaborate stage set, especially for a band of their size at the time. I don’t recall the date of this show but my best guess would be around 1993. They were the headliners as far as I remember and this may have been their first time playing in Chicago. If it wasn’t, it couldn’t have been more than their second. We interviewed them for Spontaneous Combustion either at this show or the next time they came through town and they stayed in character the entire time. They were incredibly entertaining both on stage and in front of the tape recorder.

The band put out about a million singles and a few albums before changing things up and evolving their sound, which included adding vocals. I stopped keeping up with them after about the first twenty releases and by the time they started putting out records on Touch and Go and had changed their sound, I had long since stopped following them. I’m pretty sure they called it quits but I do recall some version of the band playing the Touch and Go Records festival in 2006 (which was also a long time ago now!).

Some of these photos were used in the issue of Spontaneous Combustion that had the interview with them (Issue 16), but the rest of these have never been seen before.