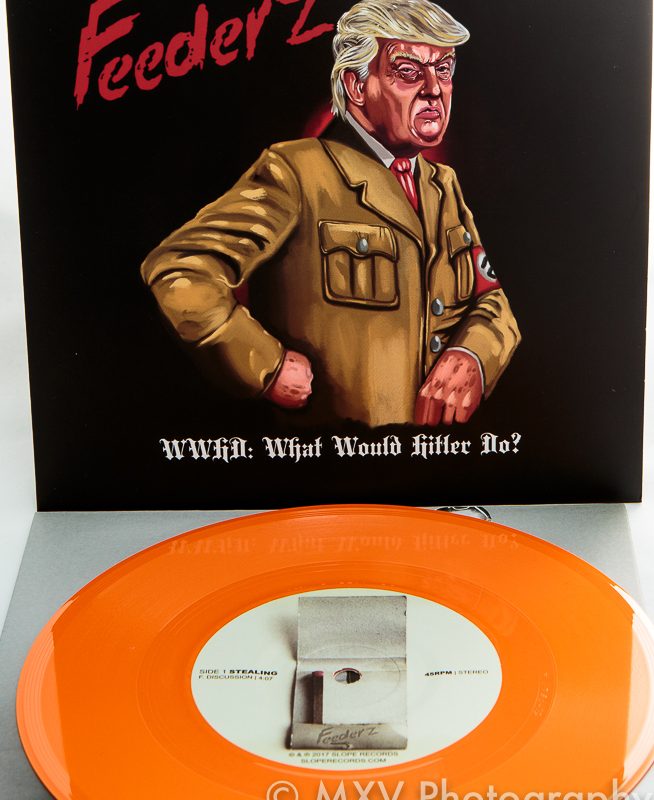 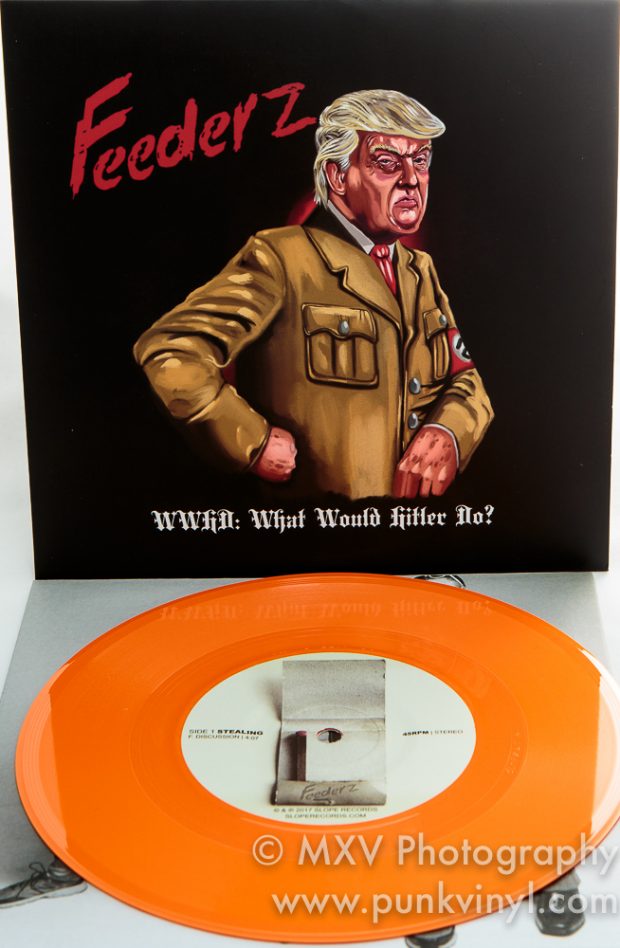 If there was ever a time in this country to reactivate the Feederz, it is now. Not since the Reagan administration has there been so much upset, divide, uproar, and general bullshit as there is since our current president was elected. The band had been inactive since shortly after releasing their last album way back in 2002 and they are finally back!

The Feederz formed around 1980 in Phoenix, AZ, a city that produced way more great and original punk rock than it usually gets credit for. The band is led by singer Frank Discussion who is one of the most charismatic, outspoken, and subversive front men in punk rock history. In many ways the band was the most punk rock band in the world. They gave a middle finger to everything including religion, consumerism, big business, beauty, the music industry, politics, government, law, and everything in between. They found a way to shock and offend just about everyone and they even invited people to steal their own records! They put sandpaper on the cover of their first LP so it would ruin all the other records in your collection that came in contact with it, and their second album, Teachers In Space, featured a cover art of a photo of the space shuttle exploding that killed the teacher that was on board for the trip to space and was released fairly soon after the tragic incident. To a rebellious teenager in the 1980s, this band was everything great about punk rock.The band released one single and two LPs before calling it a day, only to briefly resurface every now and then which led them to record and release a third album in 2002 before once again vanishing.

The Feederz are finally back, and it is as if time has stood still for them (and I mean that in a good way). Frank Discussion is joined by two of his old cohorts, Clear Bob and DH Peligro, and released two new songs that sound like they could have easily been on any of the past albums. “Stealing” is a mid-tempo number about looting. It has a chorus just catchy enough to get in your head and some hypnotic guitar and bass lines during the verses. When the guy depicted on the front cover sends the country down the shitter, I imagine it will be Frank Discussion leading the looting. “Sabotage” is another anti-establishment classic, if only they could make their dreams a reality. The song itself is perhaps even more catchy than the first but both a similar feel to them.

This 7″ comes on orange vinyl (it’s an orange 45 – get it?) and is packaged in a full color, pocket sleeve. It comes with a printed inner sleeve with the lyrics, a label sticker, and a download code for the mp3 files. It really is a nice package overall, and one thankfully free of sandpaper!

The world was a lot more boring without the Feederz in it. It is really nice to have them back at our time of need. Hopefully they stick around for a while, or at the very least stick around through the current administration, and produce some more new music as it would be most welcomed.