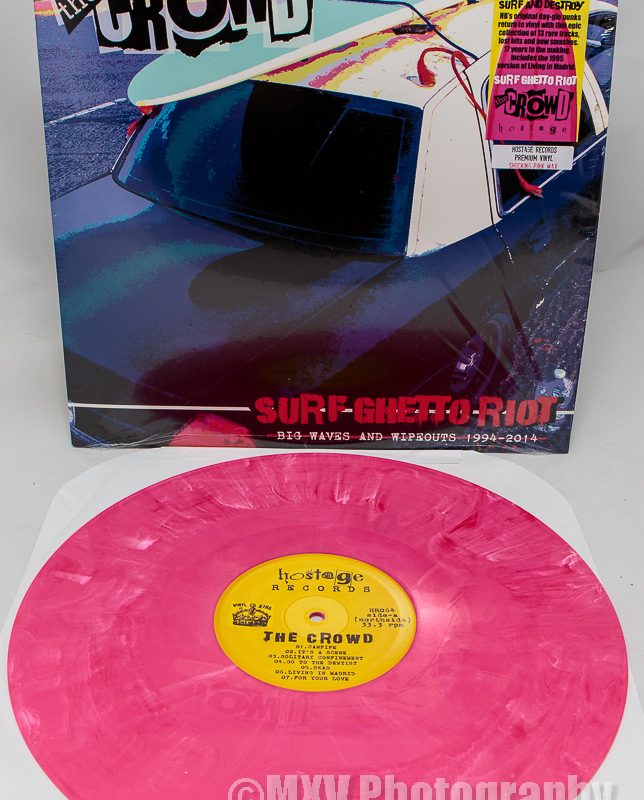 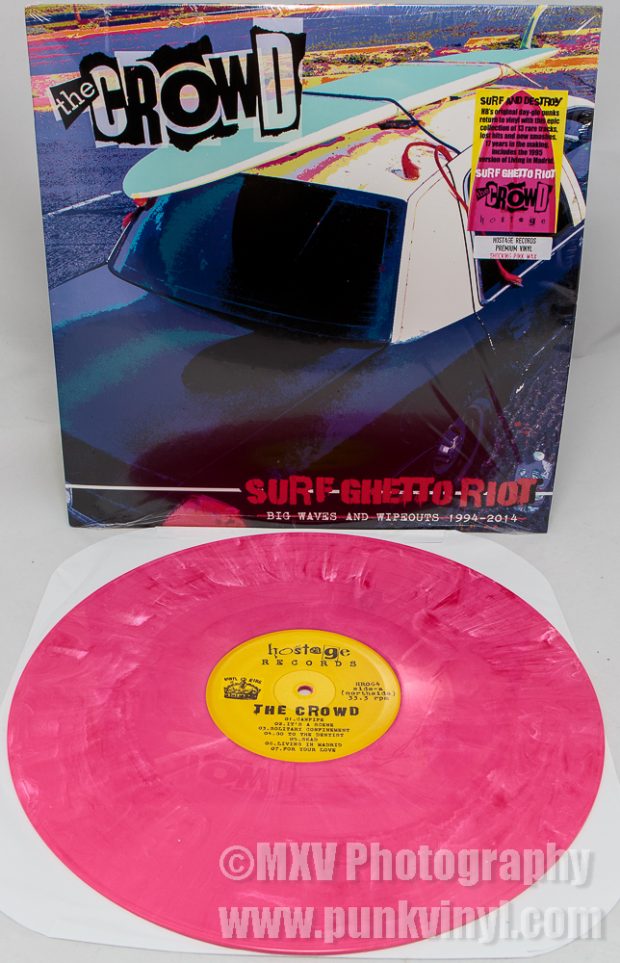 The Crowd is a surf-punk band from way back in the early 1980’s hailing from Huntington Beach, CA. They were probably most known for being on Posh Boy Records, both on the Beach Blvd compilation (one of the all time great punk comps) and their first LP, A World Apart. I always felt that The Crowd were fairly overlooked compared to many other bands from that same scene despite the fact that The Crowd are and were every bit as good as the bands that got more recognition. Unlike some of the other bands from their era and scene, The Crowd has remained fairly active ever since they first formed. After putting out their Posh Boy material the band released four other albums plush a slew of singles and compilation appearances over the years.

Surf Ghetto Riot compiles many of the bands more recent singles, appearances, and unreleased tracks, including some songs that were written back in the early days and never recorded and given a proper release. The music is punchy, mostly mid-tempo beach punk, a sound that will be familiar to fans of OC punk and a sound that later bands borrowed heavily from. The songs are powerful yet catchy and have some sing-along choruses that will get stuck in your head for days. The tracks on here were recorded between 1994 – 2014 but a couple of songs, such as “Go To The Dentist” and “It’s a Scene” were actually written in 1979! A couple of cover songs are included as well, including a great cover of The Yardbirds’, “For Your Love”. The LP contains 13 songs, all of them great. There’s no skipping tracks on this one, making this a sort of “greatest hits” of the  post 1980’s The Crowd. Even if you have all the band’s recordings, this LP contains stuff not found anywhere else and it is almost a crime that the unreleased material never saw the light of day until now.

The LP comes in a full color sleeve and is pressed on pink marbled vinyl (I believe there was another color variation or two as well). It sounds great with nice loud mastering and a quality pressing job. The record comes with a black and white, folded insert that contains some great photos and liner notes about every song on this album. It is a really interesting read, especially while listening along to the record.

Hopefully with this collection The Crowd will finally make a larger blip on people’s punk rock radar. They certainly deserve it as a band that has been around this long and still writes great songs is a rarity. Kudos to Hostage Records for putting this wonderful collection together and let’s hope it brings us some more new music from The Crowd in the near future.