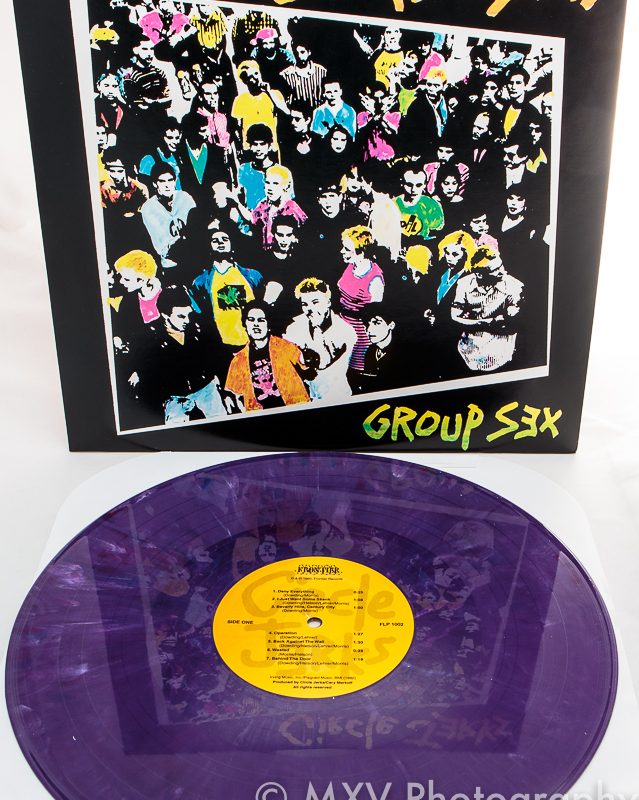 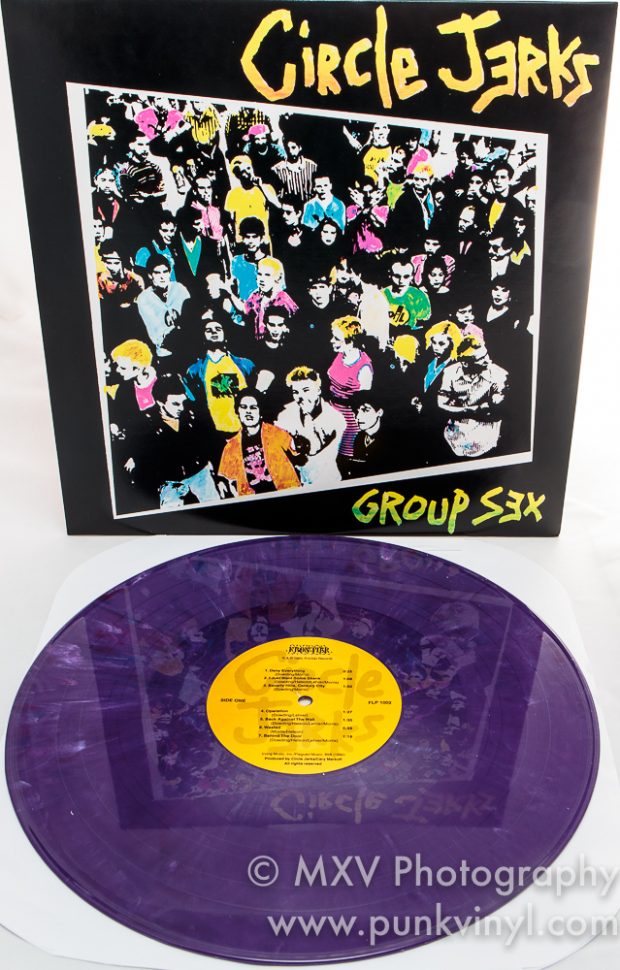 As the colors of the leaves are changing for fall, so is the colors of the vinyl. Well some vinyl that is, if that vinyl is on Frontier Records. Their best sellers such as the first Suicidal Tendencies album, the first Adolescents album and the first Circle Jerks album have come on every color of the rainbow and then some over the last decade and now you can add a new one to your collection.

The first Circle Jerks album, Group Sex, is punk rock perfection. After leaving Black Flag, Keith Morris formed the Circle Jerks and they put out an album every bit as good, if not better, than the stuff Black Flag had out at the time (not to take anything away from the mighty Flag for they were amazing). The Circle Jerks even did a better version of “Wasted” than Black Flag did (Keith Morris wrote the song and sang both versions).

Every song on this album is a punk rock hit and the album is over before you know it. The songs are short and fast and this is one of the templates for hardcore punk in the early 1980’s. I think the entire album clocks in at less than 20 minutes but what a 20 minutes it is. Songs like “Operation”, “Red Tape”, “Beverly Hills”, “Wasted”, “Deny Everything” and “Live Fast Die Young” are among the best punk rock songs of all time and this album helped inspire and influence the decade of punk rock that followed it. The band went on to record a handful of albums after this one, many of them good, but none of them lived up to the masterpiece that Group Sex is.

Now you can get Group Sex on opaque purple vinyl. It looks very nice and the album even comes with a lyric sheet so you can sing along with these punk classics. This limited edition will only be around while supplies last. Most good record stores should stock this but if yours doesn’t you can still get one by visiting the Frontier Records website, a place you can go record shopping while sitting on the couch in your pajamas!