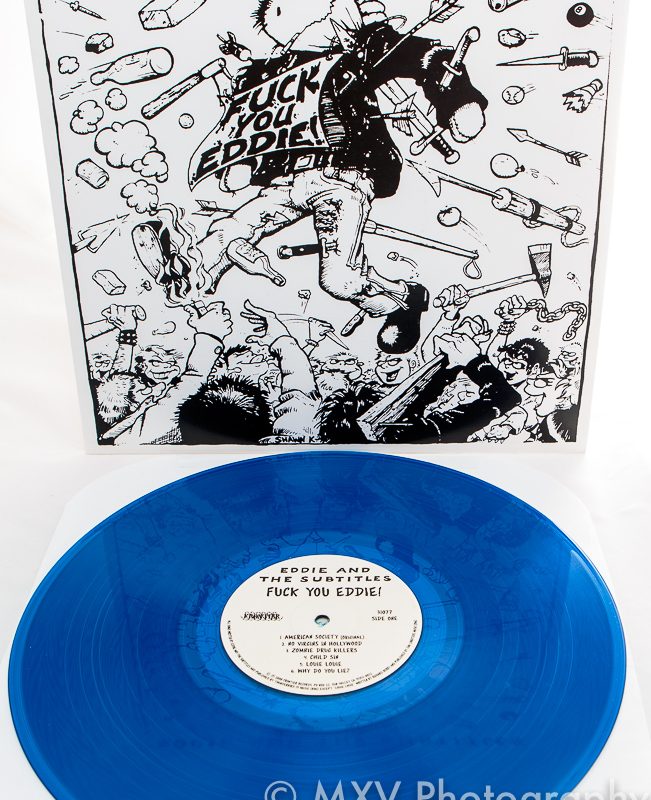 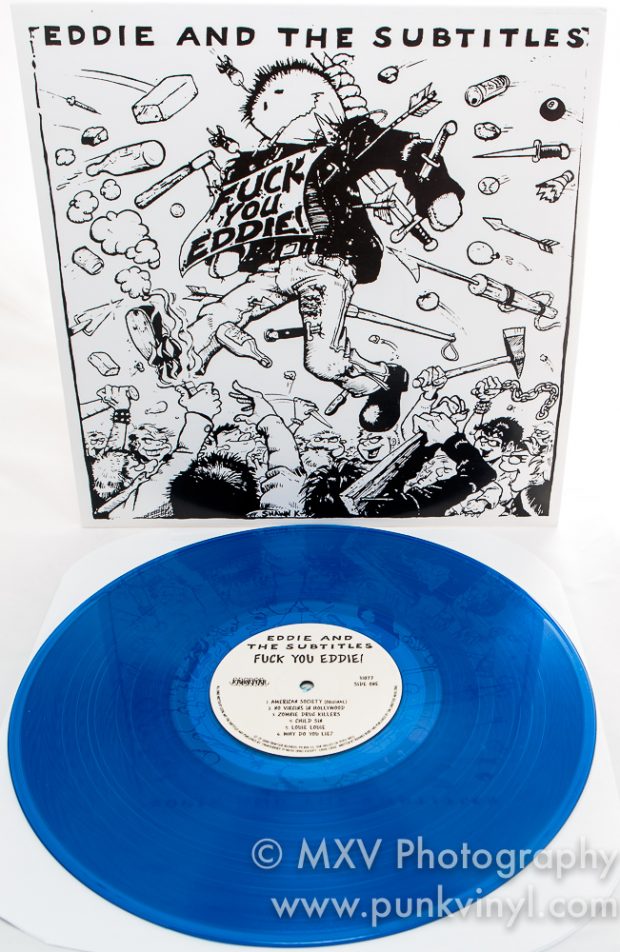 Of the many wonderful things that Frontier Records did for punk rock, reissuing the best material from Eddie And The Subtitles was among the best of them. Unless you were some punk rock historian like myself or you lived in Southern California in the early days of punk rock, you likely never heard of the band before. The band released two LPs and one 7″ in their short time together. The first two records didn’t have very good distribution and they didn’t make many of them before they went out of print. The last record they did, the second album, titled Dead Drunks Don’t Dance, wasn’t nearly as good as the first LP and 7″ and as a result it didn’t sell well and never made people’s “best of” lists on anyones click-bait listicle website of choice.

In 2008, after not being able to buy any Eddie And The Subtitles records in a store in close to 25 years, Frontier Records issued the Fuck You Eddie! collection which features all the best material from the band’s small discography. It was released on CD and LP. Now for a very short time, the LP is available on translucent blue vinyl. It is an edition of only 300 copies which is far less than the pressing run for any of the band’s original records. The LP comes with a great two-sided insert that has photos and liner notes telling the story of the band. It’s a great educational piece and something like that should be included in every retrospective album. If you are a fan of early punk rock, this stuff is a must and you can finally hear what you likely have been missing out on for all these years. I remember looking for the first LP for years before lucking out and finding one at a used record store in New Hampshire of all places. Now to hear this great music you don’t need to hunt for a copy of their original records, you can click on a link and get a copy of this album sent right to your door courtesy of Frontier Records website! Well you can while the 300 copies last which likely won’t be long.