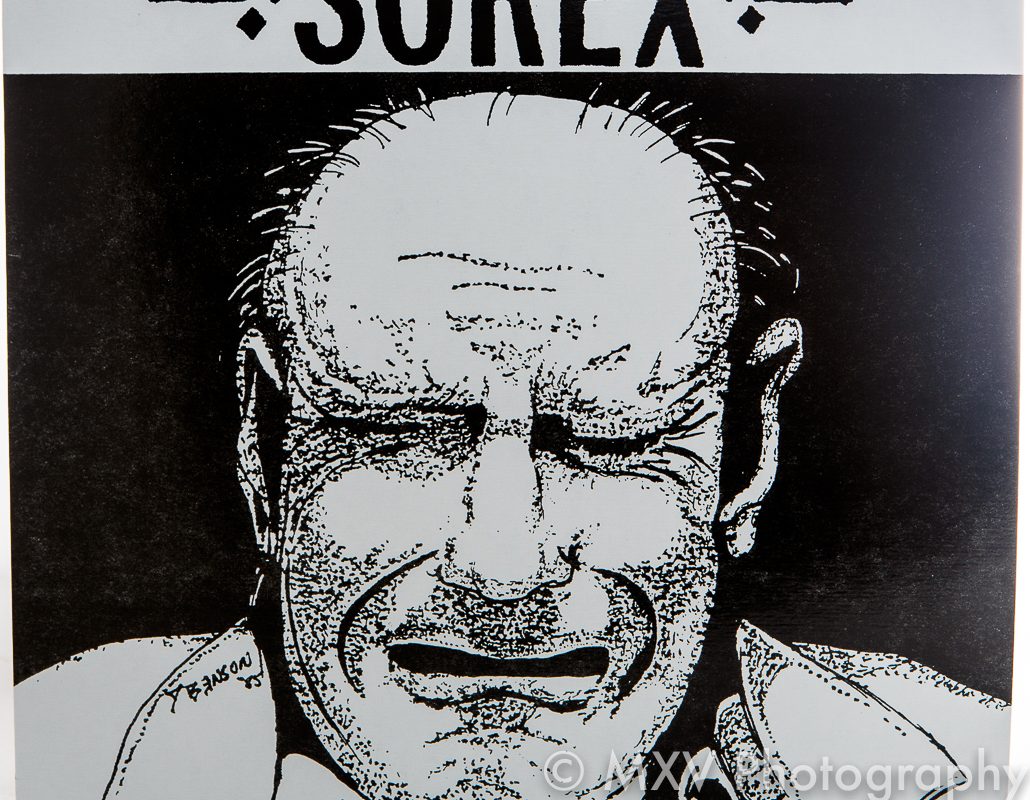 Sorex – Portrait Of a Prisoner LP 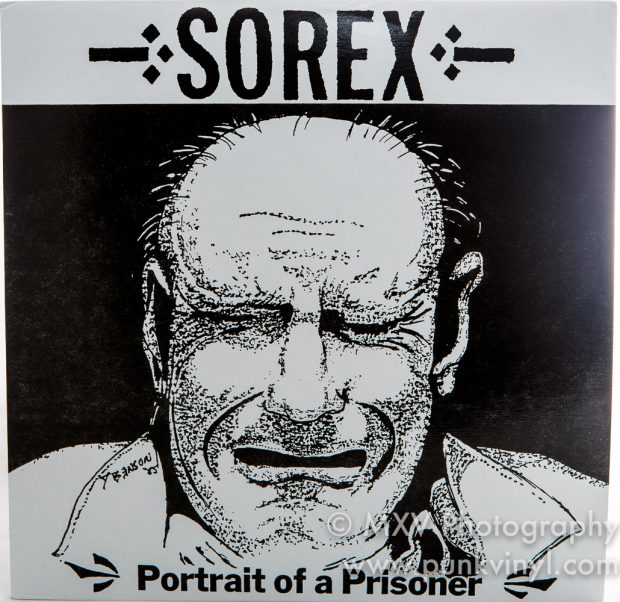 By the mid 1980s, hardcore punk was spreading like wildfire and there was a punk scene in pretty much every major city in the United States, and many in the suburbs too. While the genre was still another decade away from becoming accepted (and then purchased or co-opted) by the mainstream, it was picking up steam and as a teenager I not only witnessed, but participated in the “trickle down effect” of the small group of people who were into punk rock turning their friends and people they knew onto it and watching them do the same. It was quickly passed on to me by friends who were a year older than me and I did the same to friends I made that were a year or so younger than me. And during this time a ton of great bands formed, so many that it was impossible to keep up with them all, especially in that pre-internet age.

Before the internet and computers changed the world the only ways to find out about music, especially something as underground as hardcore punk, was either by reading fanzines or by word of mouth. For as many bands as I discovered by reading fanzines, buying compilations, blind buying records on labels that put out records I liked, hearing stuff from friends, or even going so far as to seeking out bands that were listed in the “thank you” section of the lyric sheet of a band I liked, there were hundreds of bands that were so short-lived and so obscure that I never found out about them. Now more than three decades later I’m still discovering punk bands and records from that era that I had no clue existed back then. A perfect example of this is a little band from Redondo Beach, CA named Sorex.

Twenty years after the fact, the singer from Sorex had gotten in touch with me through this site and turned me on to the band he had back then. They played some shows out there in CA opening for some bands that I loved from that time and it was more than enough to spark my interest. He told me the band only released a demo tape and one 7″ EP, but sadly he wasn’t sitting on any extra copies of the record, he only had his own personal copy left from that time. He did, however, point me in the right direction of some folks that led me to finding someone with a copy to trade and it soon found its way into The Punk Vault where it will remain forever. Had none of this transpired, it likely would have been another 13 years (which is now) before I may have finally found out about Sorex as someone had the good sense to release an album compiling everything the band did in their less than two-year existence. As a big fan of this era of music being documented and available, it was a happy day when this LP arrived in my mailbox. Sorex would finally get the recognition they deserve.

Playing this album, given the same title and cover art as their lone 7″ EP, the first thing that strikes me is how these guys have a sound and a style that would (and should) have been on one of the many great Mystic Records compilations. They were largely a hardcore punk band with some other influences that gently seeped into the sound. I find it odd that the band never crossed paths with Mystic in their time, especially considering their first show was at the Cathay De Grande, a club that was pretty much down the street from the Mystic Studio/office. Had the band and label crossed paths, there’s no doubt in my mind that not only would they had ended up on at least one of those comps, but maybe their 7″ would have been on the label too and more people would have heard of them (and more than 200 of them likely would have been made). Better late than never though and now the world can easily check Sorex out.

Side A contains the band’s 10 song demo tape along with a song that was released on a cassette-only compilation back then. The stuff sounds great and they cleaned it up nicely. Side B starts off with six unreleased songs from 1985 and wraps up with the three songs from their Portrait Of a Prisoner 7″ EP. Most of the songs on this album were recorded in a studio with a few recorded in a bedroom. The LP comes with a really nice booklet that contains some liner notes from two band members as well as photos, flyers, scans of fanzine interviews and reviews, and song lyrics. It is a really nice companion to this collection and helps tell the Sorex history nicely.

If you are a fan of 1980’s punk/hardcore, this artifact is mandatory owning. It was an exciting time in music back then and something growing at such a pace that sadly some bands were overlooked or forgotten. Cheers to Radio Raheem for investing the time and money to document one of those bands, a band well worthy of both.