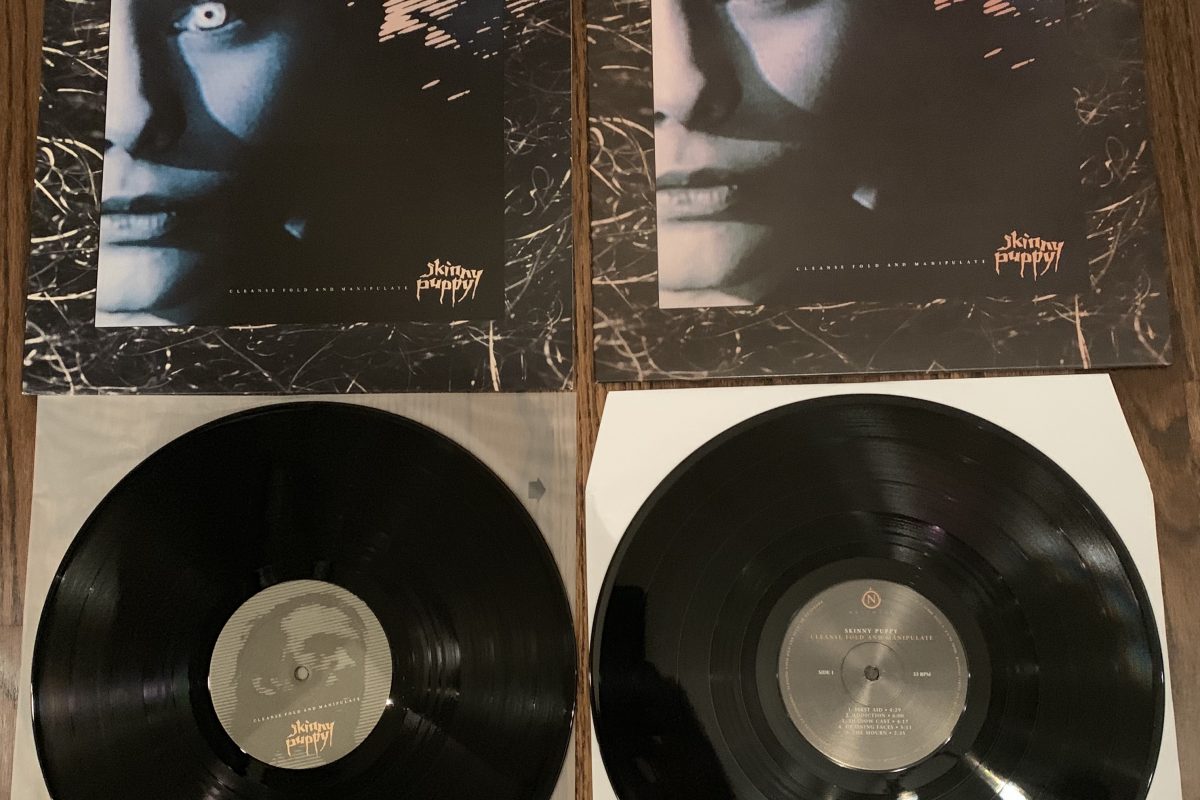 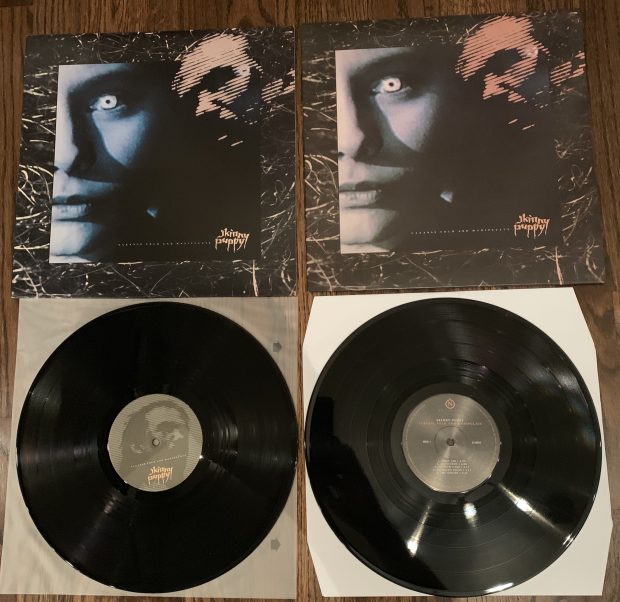 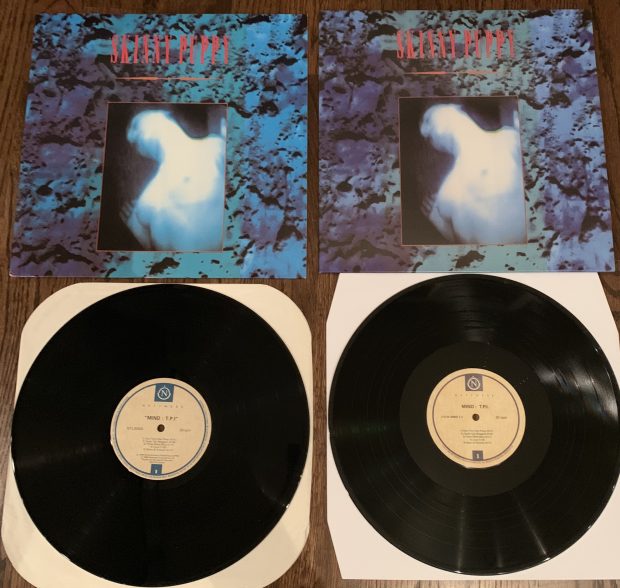 I’ve had a long-standing policy on this site that I only cover and review records that have been sent to me for that purpose, I don’t cover things I purchased. I stood firm to that policy for over a decade now but in this case I had to make an exception. This exception wasn’t because these reissues are from my favorite band (though they are), and it wasn’t because I was so excited about them that I had to write. Oh no, dear reader, this exception was born out of sheer disappointment.

Let me preface this story by saying in general I am a huge fan of vinyl reissues. I love records more than anything in the world except my dog and family, and the fact that great music is once again being made on the proper format brings me a ton of joy. I will even buy reissues of lots of records I already own originals of if they do them on colored vinyl or get me with some other gimmick.

Last year, Nettwerk Records (the home of Skinny Puppy from their inception until near their breakup) reissued Skinny Puppy’s First two releases, Remission and Bites, on vinyl. They were a huge disappointment. The did a horrible job reproducing the cover artwork and the sound quality was abysmal. It sounded like it was mastered from low-resolution MP3 files. The sound was flat, dull, and lifeless.

Just a couple of weeks ago, Nettwerk released reissues of the next two album in the Skinny Puppy back catalog: Mind The Perpetual Intercourse and Cleanse, Fold, Manipulate. In each photo accompanying this post, you can see the original Nettwerk pressing on the left and the new reissues on the right. The cover art was once again poorly reproduced, the photo even has a moiré pattern on the Mind reissue! If the cover art was the only problem with these I could accept it but the records themselves sound as bad or worse than last year’s offerings. They sound so flat and lifeless. There is no dynamic range at all going on here and it once again sounds like low resolution MP3 files were the source and that’s being generous with the description. These are among the worst sounding records I’ve ever heard. They are certainly the worst sounding reissues I’ve experienced.

It’s pretty clear that the label put the least possible effort into making these and did it as quick and cheap as possible to squeeze a few bucks out of their back catalog when they realized that vinyl was selling again and copies of the original vinyl editions fetch decent money on the secondary market. Every single corner was cut in the process of making these. It is pretty insulting as a fan that the label cared so little about the band that was their cash cow for years before they lucked out with Sarah McLaughlin’s success that they couldn’t be bothered to dig out the master tapes to make these sound good, or work with the original cover artist (who is still around and still has much of the source material to recreate the covers) to make these things look good. It’s a far cry from the care and effort they put into these when they were originally released as the packaging on the Nettwerk Canadian pressings was always better than the USA editions licensed to Capital Records.

If you are a Skinny Puppy fan looking to have some of their records on vinyl you’ll want to hold out for used original copies of these records as these reissues have zero redeeming qualities and are a complete waste of time and money. The only reason I own them is for the sake of completion as I own every variation of every Skinny Puppy vinyl release with only one exception (someone please sell me an Australian pressing of Vivisect VI, it is the only one I need to have total world vinyl completion! I will pay a hefty ransom for it!) and couldn’t stomach the thought of not having everything. Don’t make the same mistake!

If anyone at Nettwerk happens to read this, please stop releasing these if you aren’t going to make them sound and look good, and if it is a case of no one still at the label knowing the right way to do this stuff contact me, I’ll be happy to take charge of doing the rest of the catalog the correct way.