Urinals – Negative Capability…Check it Out CD 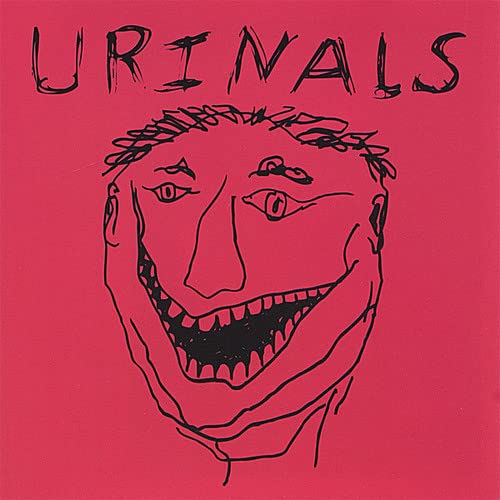 When I first got into punk rock, I hadn’t heard of the Urinals. It wouldn’t be until I got the Minutemen record, The Politics of Time, that I’d come to hear of them because of the Minutemen doing a cover of “Ack Ack Ack” on said record. I liked the song and it made me curious to see what this band was all about. The problem was by that time, the Urinals records were all already out of print and hard to find. Eventually I was able to find them years later, but until that happened I had to live with just having some lame bootlegs of their EPs. I found it a shame that their music was unavailable to most people including myself until I tracked those rare records down.

In the mid 1990s, the problem of the Urinals music being unavailable was remedied by Amphetamine Reptile Records, who first released this CD back then. The problem with that was that it wasn’t long after they released this that the label pretty much ceased to function and the CD went out of print and once again the Urinals music would be unavailable for yet another decade!

Luckily for the punk rock masses, Warning Label Records, who are quickly becoming a force to be reckoned with when it comes to quality reissues, has picked up the slack and reissued this CD yet again, finally righting the wrong of the Urinals songs not being available anywhere. This CD contains 31 songs, which was to the best of my knowledge, everything the band ever released between their three 7″ EPs, the Happy Squid Sampler, and some other compilation tracks.

For those not familiar with the band, the Urinals were a trio of art-punks who all met living in the same college dorm in Southern California. They played a really low-fi, minimalist sort of art-punk that at the time didn’t sound like anything else. People say that punk rock mainly consisted of three chords, but the Urinals could do equally interesting things using as little as one! The tracks were all recorded on a simple 4-track machine and they originally released the records on their own label, Happy Squid Records. The songs are short and to the point, seldom lasting more than a minute or two. This low-fi sound is something that a whole crop of bands is now imitating these days, but none really have the bit of magic the Urinals had.

Aside from the fine tunes contained within, the booklet contains some nice liner notes by noted writer Byron Coley. While the liner notes aren’t nearly as comprehensive as the Romans and Keats Rides a Harley CDs Warning Label released, Byron’s writeup does a really nice job introducing the reader to the band and what they were all about. There is also a photo of the band inside as well as the credits as to where each track was recorded and what it was released on originally. It would have been nice if they included pictures of the original releases, but it certainly doesn’t diminish ones enjoyment of the CD by any means that they weren’t included.

Being a huge fan of the early punk rock I grew up on, and that which inspired the bands and the scene that followed, documents like these are pretty essential and I’m glad the history isn’t being overlooked. Anyone who calls himself a true fan of punk rock should really have a copy of this CD in their collection so they can see another avenue of where it all started.