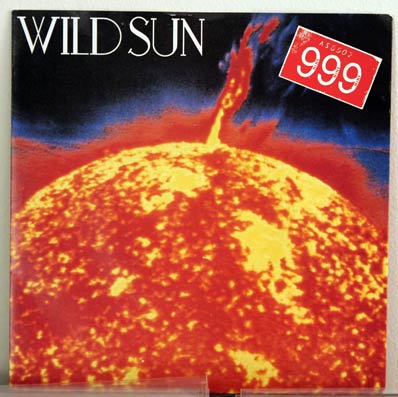 Selections from The Punk Vault [999]

999 was one of the first two punk bands I ever heard (the other being the Sex Pistols) and started me on a path that forever changed my life. It is safe to say that without 999, you wouldn’t be visiting this site today as who knew how long it would be before, or if I would, discover punk rock! I was a skinny little 7th grader when a friend brought a tape of 999’s Concrete album to school and played it for me. I bought my own copy a week later, along with a copy of The Great Rock n’ Roll Swindle.

999 started in late 1976 by Nick Cash and Guy Days, who were school mates. They found their rhythm section in Jon Watson and Pablo Labritain and played their first show in January of 1977. They soon released their first single, “I’m Alive” on their own label, Labritain Records. It sold quite well and garnered a bit of attention, including that of United Artists Records, who not only reissued that single, but put out a few more by the band as well as a pair of albums.

In 1979 they finally made it over to tour America, even though at that point their records hadn’t been released domestically. At some point they left United Artists, hooked up with Polydor Records (among other labels) and released something like ten more albums in their lengthy career. As time progressed, they got more accessible, changed their sound, and eventually they strayed so far from where they came that they seemed to alienate the fans their punk material got them in the first place. I for one can’t recall listening to much that was released after Concrete. Despite this, the band hung on for a great number of years, and even still plays shows on occasion today.

In recent times, there have been countless singles collections and live albums released on a variety of labels. This particular single came out in 1982 on both a 7″ and a 12″. The 7″ had two songs and the 12″ had three, with the extra track being a song from the Concrete album. Both versions came on both yellow or orange vinyl.

As always if you have any additional information or were in 999, by all means get in touch.