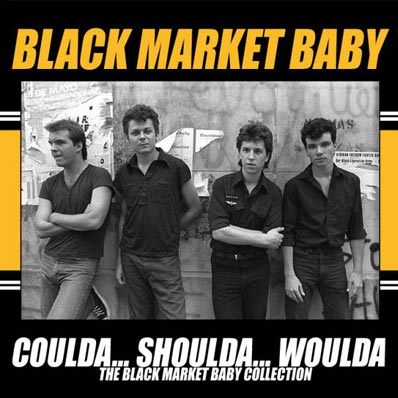 In the world of hardcore punk, Washington DC has become somewhat legendary. In the early days of hardcore, DC had so many great bands that you couldn’t help but take notice. Most of this centered around Dischord Records, however there was plenty of great punk rock that wasn’t part of the Dischord scene that seemed to have been overshadowed by the Dischord bands, and thus while everyone and their mother knows Minor Threat, only a small fraction of them likely know who Black Market Baby are. This is partially because they were never part of the label that got all the attention, and also in part to the fact that for well over a decade, you couldn’t just go out and buy a Black Market Baby record at the store.

Black Market Baby formed in 1980. They put out a 7″ and one LP and were on a few compilations. Later on, they’d sort of resurface in one form or another and there was a couple other 7″s that came out over the years and just like that they vanished. Unlike many of the bands of the time, Black Market Baby were not a speedy hardcore band, instead they had a bit more of a 1970s punk influence that came through their songs, but still had a bunch of energy and really wrote some great punk songs that sadly went overlooked by many. As time went by, BMB went in a bit more of a rock direction but never lost that punk feel and the later stuff was nearly as good as the early material. They are a band who never put out a record unworthy of the vinyl it was pressed on.

This collection doesn’t contain every song they ever did, but it must come close. I know the track from Flipside Vinyl Fanzine wasn’t included here off the top of my head. There are 26 tracks total, including a live one that was recorded in 1995, a time that I had no idea the band were still playing. While the liner notes tell you when and where the tracks were recorded, it does not tell you what they were originally released on. There are some liner notes written by John Stabb from Government Issue and a good handful of band photos. Overall it is a very nice package despite the lack of original release info or lyrics and it is really great that someone is finally giving them their just due.