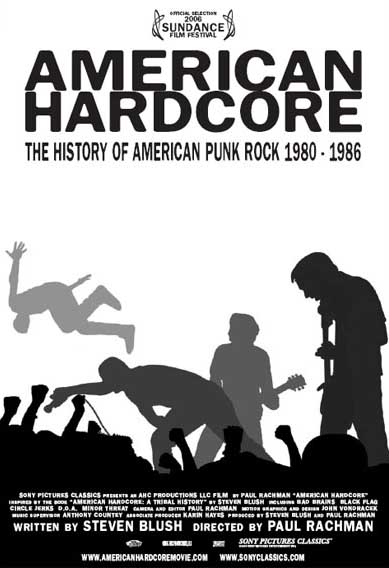 A few years ago a fellow by the named of Stephen Blush published a book that attempted to document the early North American hardcore punk scene. At the time of its release there had been a few books that chronicled the early punk scenes, but none whose sole focus was the hardcore years of the early 1980s. The book’s major shortcoming was its narrow-mindedness in its focus on only select bands and scenes as well as its numerous inaccuracies and the fact that it seemed to be written with some kind of strange agenda. Instead of presenting the facts and the history, it seemed to get bogged down with rumors and gossip of who slept with who. The author would frequently break off from the subject at hand to mention he got a blow-job from some girl while on tour with No Trend. The result was a book that sounded better on paper than it ended up being in execution. Needless to say that when I found out a movie was going to be made (ironically by Sony Pictures) based on the book, my first reaction was, “oh no”.

I am happy to report that American Hardcore, the film is one of those rare occurrences where the movie is better than the book! While nowhere near perfect, the film does a pretty good job of at least scratching the surface of what was the early American hardcore scene in a few select areas from around 1978 – 1986. The movie drops you in right at the beginning of the Reagan administration and the state of American culture at the time and these punk musicians feelings against it and how they wanted to speak their minds. From there its pretty much non-stop interview footage interspersed with old live footage and photographs. 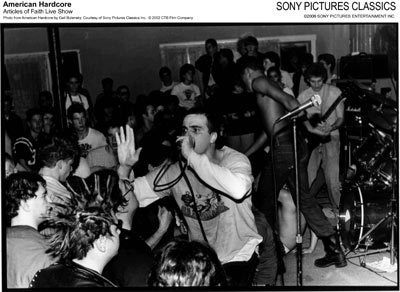 While there is almost no attention given to how these folks discovered punk rock in the first place and how the music evolved into the speedy thrash it became, they do an ample job of explaining the progression of hardcore and the violence associated with it. They also did a fairly good job of explaining just how there was no avenue for this type of music at the time and the bands had to go out there and pave their own roads and do everything themselves. Particularly interesting was Ian Mac Kaye’s tale about how they made all their own sleeves for the early Dischord 7″s and learned to do so by disassembling records they bought at the store to make a template for their own sleeves which they printed and hand cut and glued. There was quite a few tour stories too about how you’d sleep on floors, eat on no money, and made friends in other bands along the way which became allies and gave you more places to play and stay.

The film covers only a few select major scenes; The west coast which was almost exclusively the Los Angeles punk scene with very little attention given to the San Francisco area with the exception of Flipper. I found this to be a pretty large omission especially with a band with the following of the Dead Kennedys being from San Francisco and yet were barely given a mention. The Midwest portion was extremely limited with only small bits covering Zero Boys, Die Kreuzen and Articles of Faith. Where was The Effigies? Where was Naked Raygun? They did have a little footage of Negative Approach and the Necros but what about the Meatmen and The Fix? There is another small bit on the Texas area that covered DRI, MDC, Really Red and the Big Boys but again it was quite brief. The east coast coverage was the most heavily weighted in the division of territories in this film, which is where Stephen Blush was from and just like the book, it sort of painted the east coast as being the mecca of hardcore at the expense of a lot of influential and important bands from other parts of the country. There is plenty of stuff on Bad Brains, SSD, Minor Threat, Cro-Mags, DYS, Gang Green, Jerry’s Kids and Negative FX especially. They also throw you a curve with some footage of YDI and Void among others which was actually a really unexpected surprise. What is covered is good, don’t get me wrong, but I would have liked a little more equal division of camera time for the people and bands outside of the east coast and Black Flag. 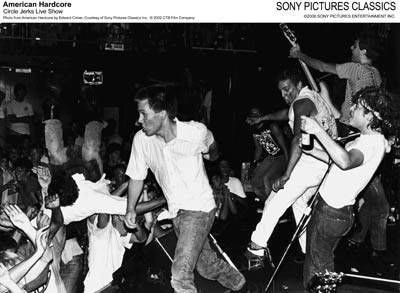 Another thing I noticed about the overall presentation is this story is told in such a way that it is really aimed at the people who already know what it was all about, or someone like me who was around at the time and part of it. It doesn’t do the best job of explaining how it really came to be. It tells a bit about the “why it was there”, just not the “how we got there” part so much. It also closes with the sort of “death of hardcore” when all these people got out of it or changed their sound. Again they barely touch on it in closing and I think some more time should have been given to this topic. I don’t think a teenager or someone in their early twenties is going to come out of this film with a greater understanding of the history of hardcore and how and why it came to be, but at least he/she will hear some interesting recollections and get to see some great footage of these old bands.

The recollections and footage bring us to the real strength of this film. Each person who was interviewed had something interesting to say and the stories were told with a sparkle in the eyes of the person on camera as you can see that they were looking back fondly on something that ended up being really special. There was no scandals talked about and no one came off as bitter nor were any stories laced with attitude. They subject did a good job explaining whatever the topic was being covered, at least in a general sense. I would have loved to hear a lot more details about everything however that likely would have made the movie twice as long, which is why I guess they invented DVDs so you can throw all that stuff on there as extras! 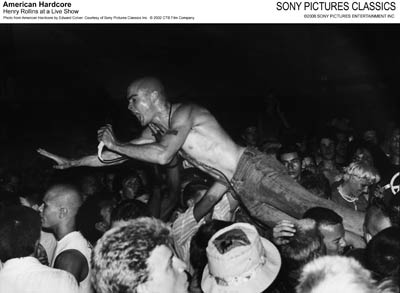 The movie is 1 hour and 36 minutes in length and the time literally flew by and was over before I knew it. There wasn’t a dull moment in the film and I was left wishing it was longer and there was more coverage of stuff outside the east coast but I guess if one’s biggest complaint is wishing there was more, then that makes for a pretty good film. I also would have liked some more coverage about the fanzines and the record labels (aside from SST) since they were just as important to the scene as the bands themselves. For anyone who was there at the time and is a fan of this music this is pretty much a must-see film. For those who were too young to be there at the time, while maybe you won’t get the best history lesson on the subject, it is all you have at the moment and for the first major documentary on this genre of punk rock, I’d say it was a pretty good effort and a major improvement over the book, worthy of the price of admission for sure.

View the trailer for the film